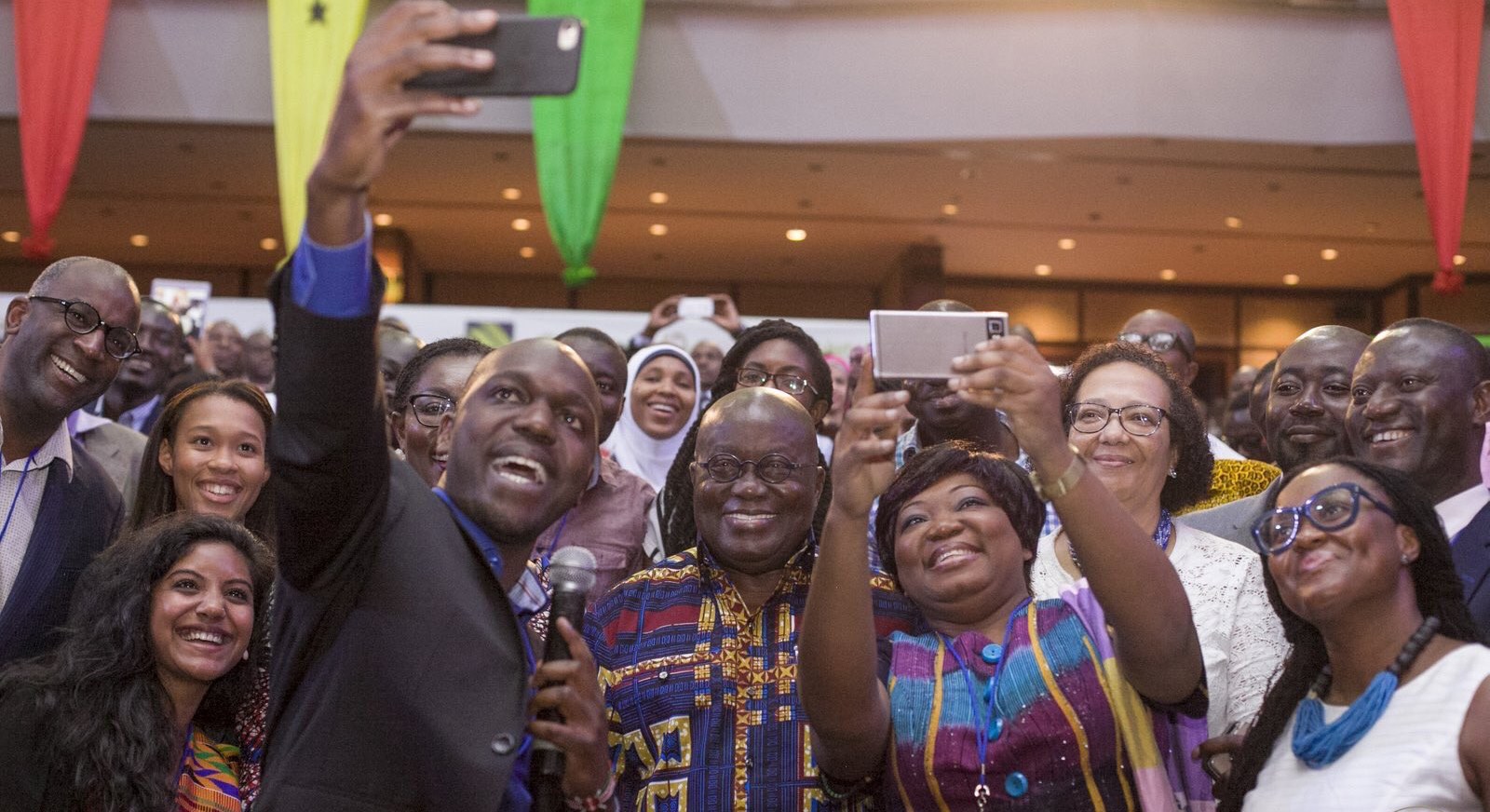 Above: Is open data in Africa a buffet or à la carte? The essential feature of a buffet is that you can directly view and immediately select which dishes you want where with an à la carte approach, you have to choose and order separate items.
Photo: the roundtable dinner at African Open Data Conference 2017, by Lars Heemskerk.

The phenomenon of open data is sweeping across the globe and across Africa. Throughout the continent there are many initiatives to scale up the availability of data to hold leaders to account, make more informed decisions and demand better services. This sounds very promising, but can and do these open data initiatives really help civil society, private sector and academics in Africa to launch new ventures, analyse trends and solve complex problems? Last week I attended The Africa Open Data Conference in Accra, Ghana to discover the opportunities and challenges of open data in Africa. The theme for this second edition was open data for sustainable development. Here are my main highs and lows of the conference.

All in all, it was wonderful to see the open data community gathering around for good conversations, workshops and sharing best practices around open data. Unfortunately this community appeared to be small. Few visitors attended the conference, and the ones who showed up were among the ‘usual suspects’ related to the different international supporters of open data around the world. It struck me that all open data initiatives in Africa fully rely on foreign aid. It was not the enthusiasm of the people and different initiatives showcased that was lacking, but a carrying capacity to adopt open data that can really make impact for civil society, private sector and academics.

The power of communities

Nevertheless I saw some great practical examples of implementation of open data initiatives during the week. Especially around Openstreetmaps I’ve learned about different kind of projects which show a direct impact. From remote mapping for humanitarian use, to flood resilience and cholera mapping, they all directly contributed to solving concrete problems. What I believe is making Openstreetmaps effective is a strong community that is created around it. Youthmappers, Openstreetmap Ghana, Mali, Togo, Benin, Cameroon, etc. all consist of young people, mainly students, who are engaged to improve the situation in their country or all around Africa.

Understanding corruption is not an easy task, but open data provides new opportunities to fight it. This became clear to me during the workshop among pioneering African investigative journalists and media organisations. Panelists from the Wole Soyinka Center for Investigative Journalism, and Premium Times shared stories from their investigative work to identify corruption through open data in Nigeria and Ghana. With data produced by governments and businesses worldwide, new opportunities open up for the fight against corruption. Dangerous work, but such a good and important example of how open data can create a better world.

On the fourth day of the conference, the number of participants exponentially increased, with the announcement that the President of Ghana, Nana Akufo-Addo, would make an appearance. In a keynote, the president highlighted the importance of open data and data re-use and announced a renewed commitment to work towards ‘open by default’. He also urged other African leaders who are behind in open data to ensure they get on board before they miss the boat towards reaching the sustainable development goals (SDG’s). It was good to see an African leader recognising the importance of open data, and I think it is an important step if all leaders in Africa follow his example. 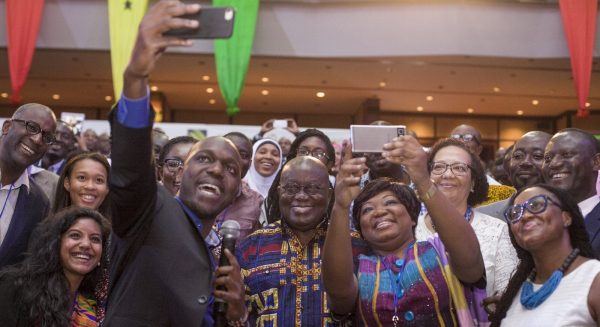 Above: a selfie with the President of Ghana @NAkufoAddo when he came in to deliver his keynote. Photo by the presidential press team.

Hearing the president say how important open data is, and how willing Ghana is to open it’s data up, it made me think of a quote I heard earlier that week. Motunrayo Alaka referred to open data as a menu: “Open data in Africa is like being served a buffet, but what you’ll actually get is à la carte”. Most governments promise more then what you actually get, when it comes to open data. In most cases it is not a buffet where you can directly view and immediately select the open data on offer, but an à la carte approach, where you have to choose and order separate items. I believe this covers best where African governments currently stands in the open data discussion.

By participating in the various workshops, lightning talks and keynotes during this second African Open Data Conference, I have the feeling that Africa cannot yet succeed in fostering evidence-based decision-making, public accountability, and good governance if there is not more participation, adoption and implementation of open data by governments, private sector and civil society. Whether it is the International Aid Transparency Initiative, the ENACTS platforms sharing climate resource, or Follow the Money and all other initiatives to open up data in Africa, they have potential, but they are not yet widespread, widely adopted or of large scale.  But, great things come from small beginnings, and by taking part of this conference, I hope I took part in the start of a great African buffet (with Jollof).

Lars Heemskerk is communications and project manager in West Africa, based in Bamako, Mali. You can follow him on Twitter @larsheemskerk.