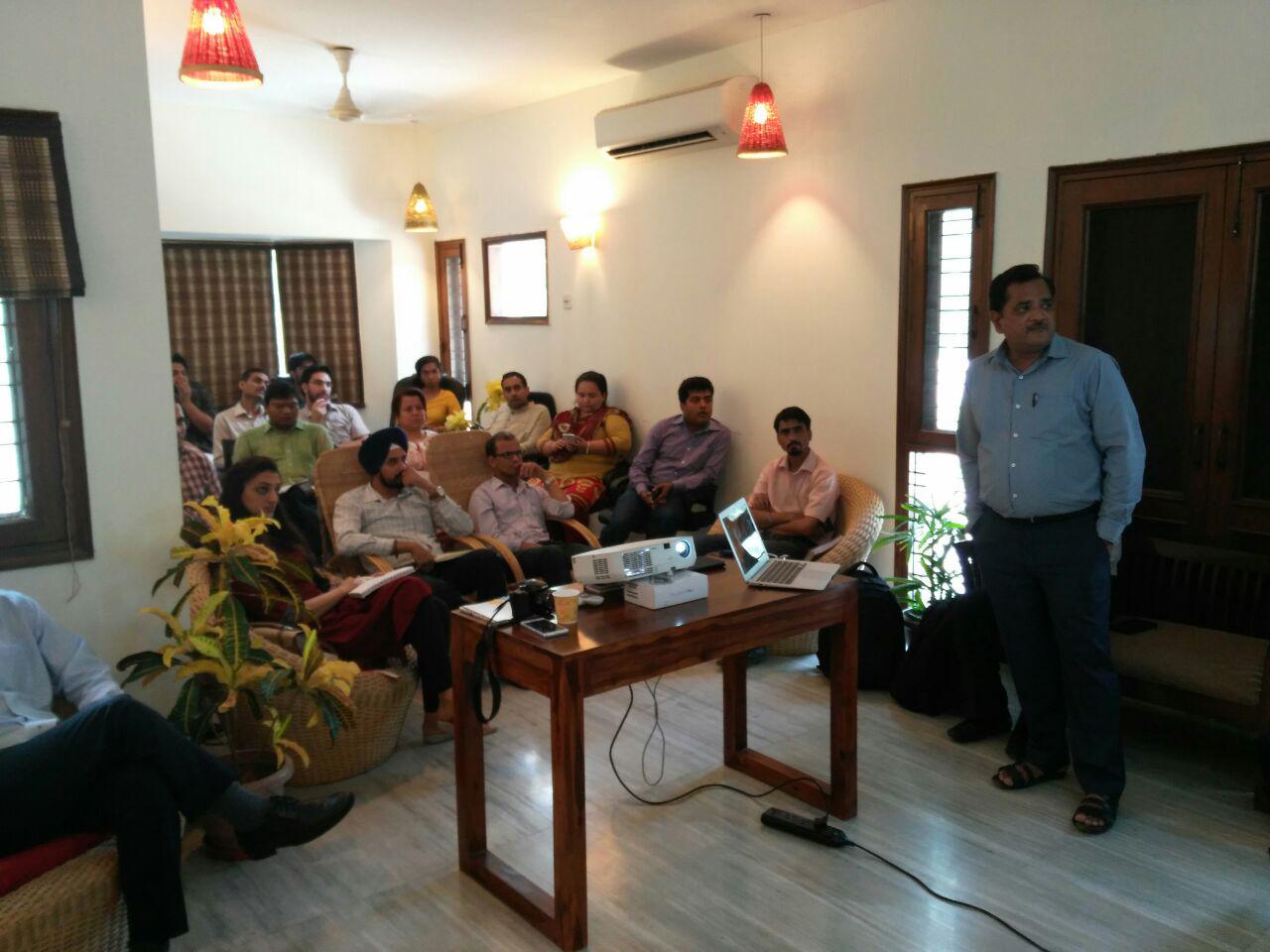 Aga Khan Foundation India
Asad Umar, Senior Programme Officer, Health & WASH from Aga Khan Foundation India (AKF) initiated the round of lightning talks by explaining its sanitation initiative in India involving construction of one hundred thousand toilets under the Swachh Bharat Mission. This programme is being implemented in 15 districts spread across four states of India. A major component of this initiative is to promote usage (and/or behavioural change) and track this over time. Earlier this year, Akvo partnered with AKF to implement Akvo Flow into this ambitious initiative. Asadbhai (as he is fondly known) highlighted that Flow’s monitoring feature easily solved the challenge of verifying each and every toilet constructed and tracking the usage behaviour of families. The AKF India presentation can be accessed here.

Welthungerhilfe India
Subhankar Chatterjee, Head of Programs at Welthungerhilfe (WHH) India, delivered the next talk. In India, several Welthungerhilfe programmes are being monitored using Akvo tools. Subhankar narrated Akvo’s positive role in managing the data demands of their varied programmes that – while ranging from livelihoods and skill development to nutrition and education – all address the theme of food security, directly or indirectly.

FXB India Suraksha
FXB India Suraksha is one of Akvo’s earliest partners in India. Talking about the cooperation between the two organisations, Mamta Borgoyary, CEO, FXB India Suraksha, gave a succinct overview of its different programmes on water, sanitation and hygiene (WASH), community development and anti-child trafficking, and the use of Akvo Flow for collecting and monitoring good quality data across these programmes. Mamta felt while Flow’s data reliability and timely access to field-data were excellent, Akvo should simplify data-cleaning and importing – especially with SPSS, enrich the maps feature-set, and develop the tool further to handle qualitative data collection. Mamta also pointed out that Flow could be used not just as a data collection tool, but an empowerment tool that can be transferred to the communities. She felt that Akvo should redesign their training modules when working directly with local communities. Mamta’s presentation can be viewed here.

ICCO India
Azhad Ali, M&E officer, ICCO India, spoke about the close collaboration between Akvo and ICCO in India since 2013. Azad shared his experience on how reporting to donors became simplified and quick after replacing ICCO’s multi-tier project reporting schedule with Akvo’s RSR tool. Azhad is a partner trainer himself, having facilitated more than 15 Flow training courses within ICCO and across its partners. He felt that data collected through Flow should be used beyond the immediacy of projects and internal reporting needs. Azhad concluded by sharing ICCO’s future plans to use Akvo tools for lobbying and advocacy of its Food and Nutrition Security (FNS) programme. Azhad’s presentation can be accessed here.

All four presentations set up a fascinating premise for an interactive and participatory discussion on the broader role of data in the development sector. Ayan Biswas of Akvo kicked off the lively discussion. One of the major questions we dealt with was “What do we as development sector organisations want from the data we collect?” A host of thoughts, ideas, comments and doubts followed. 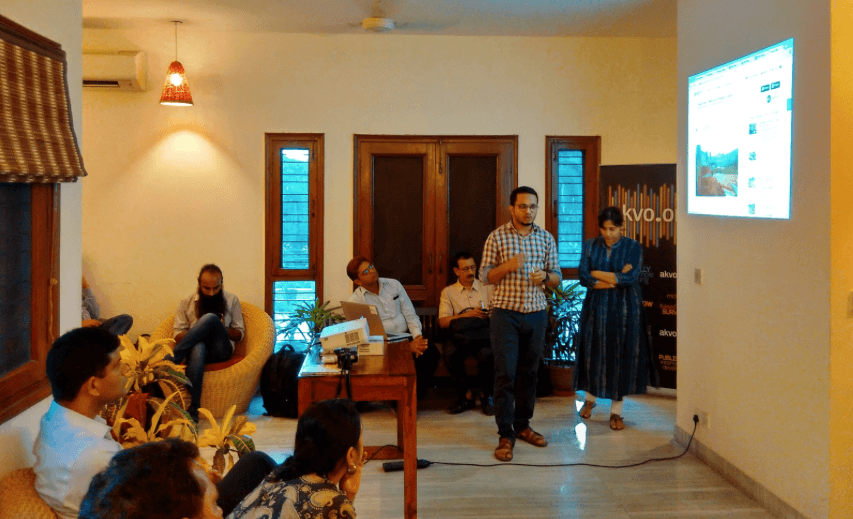 Above: Azhad Ali, M&E officer at ICCO India, talks about the use of Akvo RSR and Flow in their Livelihood and food security programs. Photo by Guneet Narula, 13 July, 2016.

As the conversations came to a close, Deepak Menon spoke about Akvo’s new tools, one of them being the Akvo Caddisfly water quality testing kit. Some of the participants had already seen Caddisfly in action, but for the rest Guneet Narula gave a quick demonstration of Caddisfly by testing the fluoride content of the Akvo office’s tap water. Predictably, the water was safe to drink.

The Akvo Track Day South Asia ended informally as soon as beer and wine made their appearance.

This brought most of our partners in India together for the first time, and we absolutely loved the experience of discussing old projects, ideating new ones and sharing development sector gossip. And maybe Track Day was also an excuse to catch up with friends. The Akvo South Asia team is looking forward to hosting its next Track Day in Kathmandu, Nepal on 14th September, 2016.

Isha Parihar is a programme officer at Akvo, based in Delhi. You can follow her on Twitter @ishaparihar. This blog was co-written by Deepak Menon and Guneet Narula from Akvo South Asia hub.