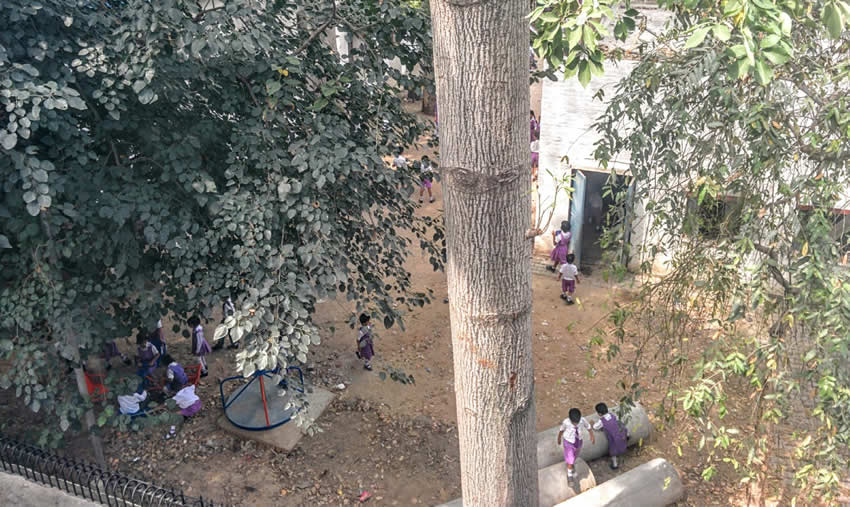 From the window at my desk I have a patchwork view of the school next to our Delhi office. Surrounded by trees, view of the campus is fractured by a dense network of leafy branches. And through that I witness animated innocence at work on merry go-rounds, seesaws and jungle gyms. In their white shirts and purple shorts, these children are an inspiration for anyone wanting to make a change in the imperfect world we live in. Having merely inherited this planet, what we leave behind is the question we will all end up asking ourselves one day.

Photo: The view from my window at my desk. Delhi, India.

It is this very question that lies in the heart of all work that stems from our hub in the region. What are we leaving behind with our tools and our partnerships and our programmes? What change did we bring? What difference did we make?

There are no easy answers. The journey from improved data collection, to open data to data based decision making that improves governance is a complex labyrinth. I needed an incredibly talented team by my side to navigate it. And I was lucky. I just didn’t get a great team; I had a team of greats. 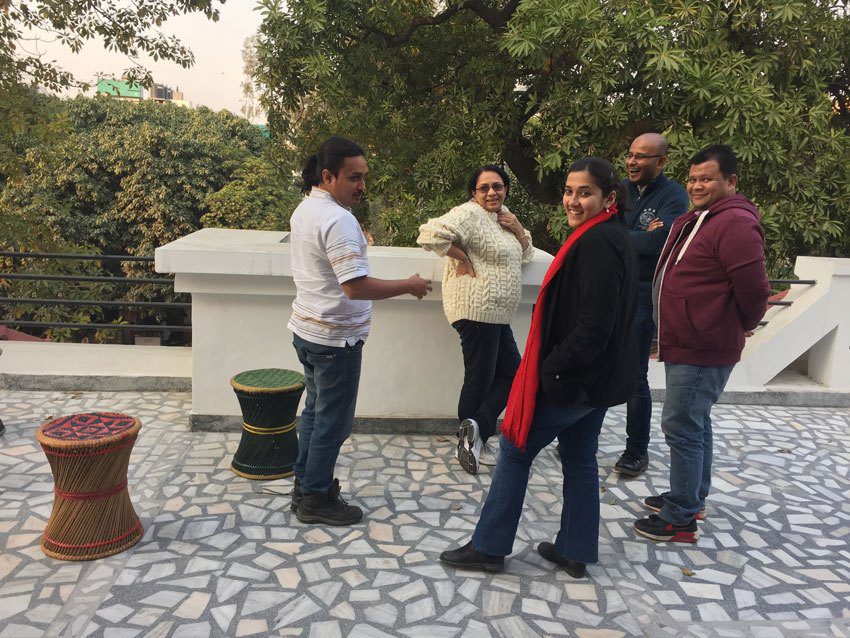 Within 3 years of starting Akvo operations from my tiny study room, Akvo now has its own office in New Delhi. In the region we have moved from a single Akvonaut to six. And our footprint is our 900+ trainees and 100+ trained organisations. Akvo South Asia hub managed projects contribute to almost 30% of the 1.6 million data collected using Akvo FLOW alone. Almost 40% of the total RSR updates (1100+) this year came from our hub and that too, just from three countries, India, Bangladesh and Nepal. 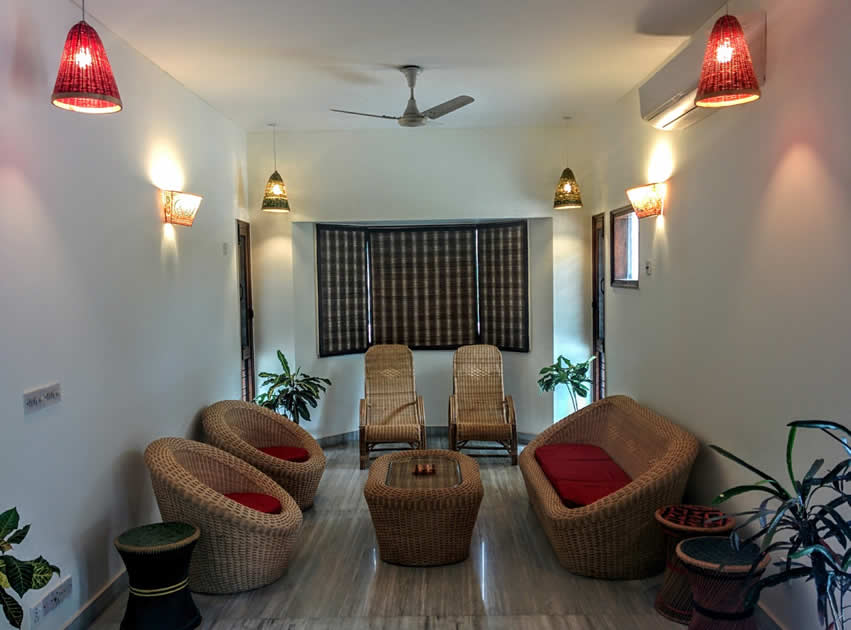 Recently, when I met my colleagues in Istanbul for one last time, my mentor and Director, Jeroen van der Sommen told me: “I want all that is inside your head before you leave”. It has proved to be hard work.  But here’s a five pointer that may help us navigate the choppy waters of development practice in days ahead:

We have great tools, but they don’t guarantee use by default. Unless tools are institutionalised, they come with an expiry date. Institutionalising tools goes beyond training sessions. All partners are not equally adept in running with tools. Some need more support and engagement. In 2013, FXB India signed up for Akvo FLOW and for two years only collected 100 water point data. In 2015, in a period of three months they finished mapping 700 water points and 1000+ households. They are now expanding the use of Akvo FLOW to domestic violence programmes and CSR supported projects.  This happened because we kept the conversation going. With the same spirit we engaged with ICCO Cooperation in South Asia. Their RSR updates are almost benchmark to how the tool should be used. Today ICCO Cooperation in Nepal and India and Max Foundation in Bangladesh conduct all their Akvo FLOW and RSR training sessions through their own staff. They have trained 250 trainees themselves with little or no support from us. And last, if not the least, our engagement with the Dutch WASH Alliance country programmes in Nepal and Bangladesh resulted not only in the institutionalisation of our tools in some organisations, it produced 53,740 data points out of the total 57,338 data points in the DWA dashboard. Essentially South Asia, alone, has contributed 93.5% of the total data for Dutch WASH Alliance.

2. Invest in your own data stories

This is something I learnt from my colleague Rajashi. With her involvement and guidance we have spent our time and resources in creating our own data stories. A fledgling project with Save the Children in Kolkata, India produced an outstanding data visualisation platform. There are many platforms visualising school data in India but mostly using secondary sources. What we came up with was real time and tied closely to decision-making. This work, covering only 46 schools, left a lasting legacy. It wormed its way into discussions on Akvo Dash and also mapping visualisation template for SNV Laos, Unicef Vanuatu, et al. Most importantly, it helped formalise our collaboration with Splash. They went on to collect data on urban schools using Akvo FLOW in Kathmandu and Kolkata in 2014 and 2015.  Currently with Splash, that dataset will be crunched into a visualisation platform for monitoring WASH in Schools, a core interest area of Akvo and Splash.  Similarly, we have invested into an urban slum WASH monitoring programme being executed by Save the Children in Delhi and water point monitoring by FXB India in Jharkhand. All these data stories help bring tangibility to our work and also inspire us.

3. There cannot be a data revolution without data devolution

This point was the lynchpin of my presentation in the World Water Forum at Daegu, earlier this year. Data revolution and open data make a lot of sense at a global level. But in its operationalization, it directs data towards decision makers. Hence data producers, those who are not engaged with the knowledge economy and handicapped with infrastructure constraints, are not active actors in the data revolution. The blood and sweat of a data revolution comes from making data work for communities through which they emerge as owners and mediators of their own data. Unfortunately, most data collection process still remains mediated through third parties. But this is changing. We hope to contribute to that change through the urban slum projects in Delhi. We hope it allows slum authorities to directly engage with communities who report on infrastructure failure. The same goes for the FXB India programme in Jharkhand where water volunteers (Jal Sahiya’s) will hopefully generate data from their villages and engage with the Public Health Engineering Department (PHED) for fixing dysfunctional hand pumps. We have started talking to an amazing group called videovolunteers who are using videos to generate awareness on public service failures in remote areas. All of these experiments are in such fledgling state; I worry I will jinx it by talking about it. Some hopefully will work. Some may not. But it’s worth the effort.  Unless data makes sense to those who are producing and generating it, data revolution will not walk the talk.

4. We are part of an ecosystem

It’s a paradox. On one hand, we are a non-profit committed to producing open source tools. On the other, we are also part of a market place where our sustainability is derived from increasing number of users and sales. In this highly competitive and price sensitive market how does a non-profit operate? Again, no easy answers.  However, in the last 3 years it has helped me to see our work and us as part of an ecosystem. In Stockholm World Water Week this year, discussions between Akvo and mWater around WPDx were a promising sign. In India we have actively collaborated with Centre for Internet and Society, MapBox and DataMeet to organise OpenData Camps as well as workshops on Open Data policy. As Confucius mentions in his Analects: ” Virtue never stands alone. It is bound to have neighbours”. This is the philosophy around which non-profit collaborations around data needs to shape up. In the non-profit universe, each component interacts with each other and co-exists. In the for-profit world, each entity seeks to become the “universe” through monopolisation.  In Akvo’s journey, we will increasingly have to play a role in collaborating with other tool providers and data mediators. Realising that we are part of the ecosystem will help set a moral compass towards larger goals.

5. Scale is not the real challenge, sustaining it is

If you are working on data, scale will always seduce you. But the power of data doesn’t lie in numbers. It rests with use. For many of us in the water sector, the Cambodia Wellmap, is a classic point of reference. Substantial resources and expertise was invested in mapping thousands of data points in Cambodia in 2010. The ambition was to get a national baseline of all water points, which could help decide policy and planning around water resources. After 2010, when the time came for the National Government to carry on with the exercise, they threw up their arms in an instant. This magnificent database is lying around without any updates since 2010 and completes 5 years of inactivity this year. These are good lessons to keep in mind when engaging with ambitious national mapping exercises. They generate gigabytes of data, and then sit in the cloud for years. Tool providers cannot be held responsible for design flaws in large programmes, but it is good to be aware of this. In 2014, we signed a MoU with the Ministry of Urban Development, Nepal where we provided an Akvo FLOW dashboard and the Ministry contributed for training costs. However, with time both Akvo and MoUD realised that institutionalising mobile based monitoring would take a whole lot of effort. And then a sudden brainwave happened. Since 2014, MoUD agreed to allow RVWRMP (Rural Village Water Resources Management Project), a bilateral WASH project between Govt. of Nepal and Govt. of Finland, to use their Akvo FLOW dashboard for data collection. This was a win-win. Government of Nepal (and any developing country for that matter) did not have access to data from bi lateral programmes. By offering RVWRMP to use Akvo FLOW, it reduced the formers cost of data collection, optimised the use of their dashboard, and by default made data sharing between bilateral programmes and the Government easier. So while the Government is still getting processes in place to use Akvo FLOW, by this clever arrangement, it has ensured data sharing and use in the interim period. This example may serve to inspire ideas for engagement with Government departments elsewhere.

In the Majjhima Nikaya Buddha is said to have described experience and wisdom as a raft built by a traveller to cross a turbulent river. Once the raft has served its purpose, it has to be abandoned. Carrying it around will only wear down the traveller. I can only hope that the work we have done has helped us to cross over from the uncertainty and anonymity of 2012 to our current surefootedness. Legacy should not limit what happens next.

The day draws to a close. Purple shorts have long deserted their school grounds, taking their cheerful din with them. Its time to water the plants in the office terrace. The bougainvilleas and rangoon creepers have taken root. Hopefully, like many of our ideas and programmes, they too will bloom. That’s what all hubs are, or should be. Each, a gardener of their partnerships.

Amitangshu Acharya has managed Akvo’s South Asia hub since 2012. You can follow his regular writing on his Huffington Post India channel.