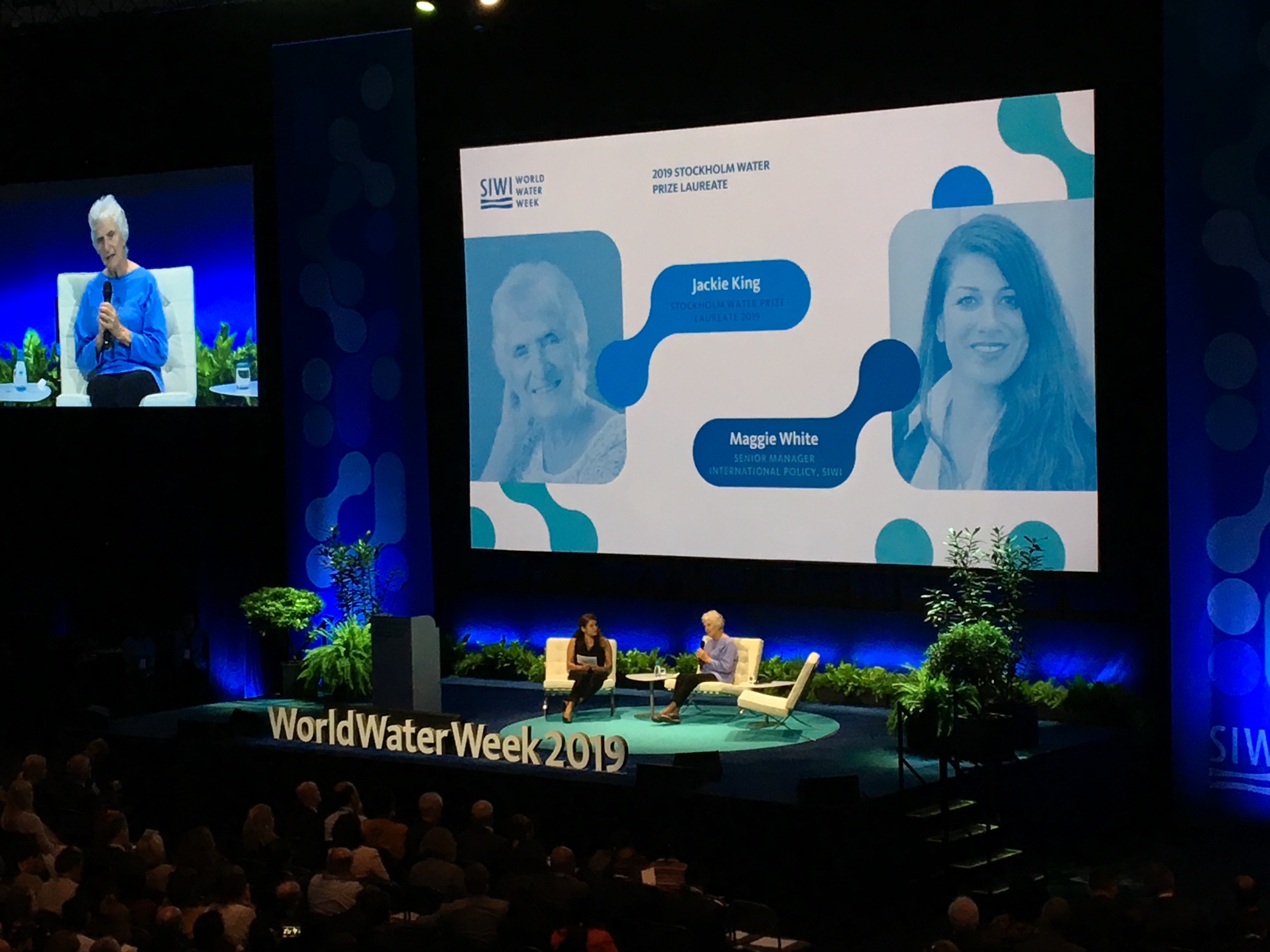 It’s that time of year again. For the thirteenth year running, Akvo will be at Stockholm World Water Week (SWWW). You can find us at the Dutch Pavilion at Booth C08 from Sunday 25 August to Friday 30 August talking digitalisation, data use and development.

For Akvo’s thirteenth year, the SWWW theme is more relevant than ever: “Water for society: Including all”. When Akvo started 12 years ago, with a team of software developers working alongside sector specialists in water and later agriculture, we were ahead of our time. As a not for profit and in partnership with many of the organisations at Stockholm World Water Week, we introduced new concepts into the development sector, from Software as a Service to smartphone-based data collection tools. These concepts have since become mainstream and are being applied by organisations around the globe.

For the thirteenth year running, Akvo will be at Stockholm World Water Week. You can find us at the Dutch Pavilion talking digitalisation, data and development. #Data4Dev #Akvo #WWWeek

Digital solutions are giving rise to new opportunities which can speed up development. Digitalisation, however, creates opportunities as well as risks, and these need to be addressed in a responsible way. The development landscape is changing rapidly. We see big tech entering the sector, and while this could be promising, large players often enter on their own terms and use data for their own benefit. Receiving governments are often ill-prepared. Non governmental organisations struggle to build sound digitalisation and data strategies. Responsible innovation is urgently needed. New programmes need to be designed first and foremost from a digitalisation standpoint in order to accelerate development. These must be implemented at scale, and fast, in a way that matches the new trends and players in this field.

At Stockholm World Water Week 2019, we’ll be discussing the opportunities and challenges surrounding digitalisation in development, our plans for the future, and our new approach to safe water for all. Through our data journey methodology and data platform, we help our partners continuously monitor water point functionality and water quality in a fast, affordable and scalable way. Find out more here.

Together with our partners from Watershed, Thomas, Jeroen, and Peter will be at the Dutch Pavilion (Booth C08) to talk to people about the importance of digitalisation and data use for the development sector.

Jeroen (Akvo Amsterdam) – Jeroen is responsible for developing and maintaining Akvo’s relationships with all types of partner organisations, with a particular focus on Europe and Africa. He ignited the Akvo phenomenon after meeting Thomas Bjelkeman at Stockholm World Water Week in summer 2006 and has steered Akvo’s evolution to ensure it is relevant to, and supported by, a wide range of implementation NGOs, funding partners and global institutions. He is @jeroenvds on Twitter.

Thomas (Akvo Stockholm) –  One of Akvo’s co-founders, Thomas is a visionary systems architect and designer with both a software and environmental science background. He can walk you through what we aim for as an organisation, and how our set of tools and training, support and consultancy services work together to tackle specific problems in international development. He’s @bjelkeman on Twitter.

Peter (Akvo Amsterdam) – Another co-founder and former regional director of Akvo South East Asia and Pacific, Peter has directed partner relationships and is currently responsible for growing and developing Akvo’s regional and global partnerships from Amsterdam. This will be Peter’s first comeback to Stockholm since 2012. He’s @petervdl on Twitter.

Take a look at the Stockholm World Water Week website to find out what else is going on. We look forward to seeing you there!