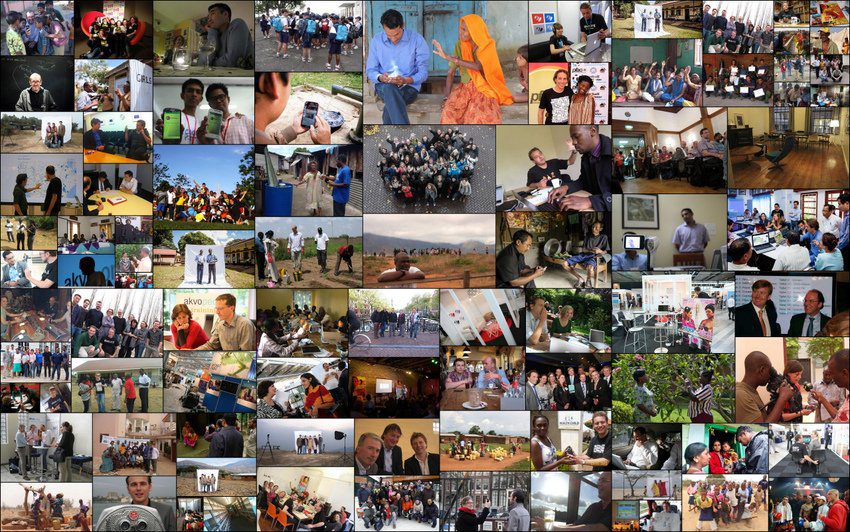 Three months ago, when I began working for Akvo, one of the first things I was asked to do was to create an organisational timeline. The objective was to build out a stream of the most relevant events of the organisation’s history. It would be an online place to have a visual story for us to reflect upon our past and how we got to where we are. It would also give team members, colleagues and partners a sense of the chronological DNA of our development.

Above: montage of images from the Akvo blog illustrating important events in Akvo’s history.

With a curious spirit and a methodical approach, I read over five hundred Akvo blogs and six annual reports and talked to several of my new colleagues. As an induction process for a newcomer, this was a privileged opportunity to rapidly understand the culture of the new organisation I recently dove into. It was also a lot of material to process!

Between past and present
Reading stories from the past while being the fresh one in the team, it became clear to me that Akvo is – as I write – going through an interesting organisational tipping point. A threshold when, inevitably, things are changing, and at considerable speed.

After seven years of existence, Akvo is currently growing fast. Having more team members, more partners doing more projects, and also more tools involves quite a change in your structure. And like every fast-growing, technology-sector organisation, Akvo faces a crucial challenge: how do you preserve your essence when you’re growing really rapidly?

I was once told, “Great endeavours are rooted in the past and point to the future”. To fully understand where we are, and where we’re heading, it seemed important to reflect on where we’ve come from. It is in this context that working to come up with an Akvo timeline seemed like a really good thing to do.

Cycles of growth
Only seven years have passed since Akvo set out its stall at the 2007 Water World Week in Stockholm to a very warm reception. If you consider that Akvo’s tools are now used by hundreds of organisations around the globe to showcase over one billion Euros in budgeted projects, it seems like a fair achievement on the shared road to making international development aid more open and transparent. Not bad for seven years’ work, anyway.

There are many theories explaining how we as people change every seven years. You might have noticed that the different ages we go through divide up fairly neatly into batches of seven: birth to seven, seven to 14, 14-21, 21-28 and so on. As organisations are driven by people (there is no such things as an “organisation” that answers the phone, pays a bill or sends a tweet), that got me thinking that it could be reasonable to think that after seven years of existence, Akvo could be clearly entering its “second cycle of growth”.

Far from the start up phase
The first cycle of growth represents the beginning of everything. It creates the foundation upon which the later structure will be built. It was during this first cycle, for example, that Akvo’s ground-breaking Bollywood posters were created; Akvopedia became one of the most complete multilingual water portals in the world; we notched up our first 500 projects on RSR (now there are over 4.5 times that many); we released Akvo FLOW 1.5; we innovated with the Water Cube TV; and we launched Akvo Openaid.

It surprises me that, despite Akvo’s accelerated growth and visible track record, some people still see us as a start-up organisation. In reality, we left the start-up stage behind a while ago. Following the wisdom of Steve Blank (who knows more about start ups than him?), “A start-up is a temporary organization in search of a repeatable and scalable business model”. As a not-for-profit (and not for loss) organisation, we have built a trusted network of over 2,000 partners, we already have a repeatable and scalable income model and our combination of tools satisfies multiple needs, helping to tackle the problems of the 25% poorest people in the world. So Akvo is clearly not a start-up anymore.

The importance of having an open timeline
As an open source organisation, it seems natural for us to also open up our timeline. Now anyone around the world can download the raw data of our timeline (as a CSV file) and mold it to develop something that is more attractive, visual and user-friendly. You can also see it online, experiment with it and explore our history and milestones.

There are a number of advantages of having this timeline in place. For example, every important breakthrough moment is classified into several categories such as funding, product development, events hosted by us or our partners, office and management activities, etc. You can filter all these events in any way you want and you can also follow a link to a corresponding source of information such as a blog or an annual report.

How did the organisation start? Where does it operate? With whom has Akvo worked? How are the programmes funded? All of these questions and many others can be answered though the combination of our blogs, annual reports, product pages, and the personal storytelling of our team members. The timeline acts as a navigation tool to steer you through all the information. 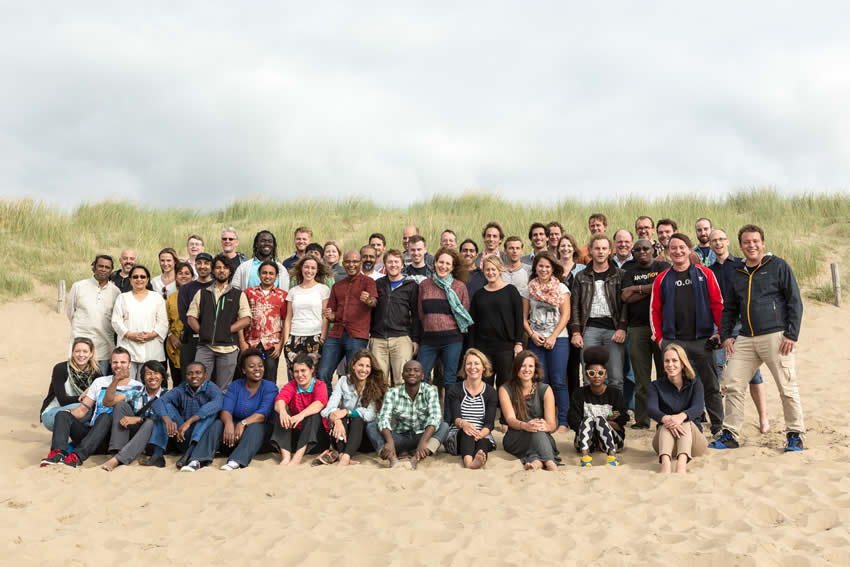 Pointing to the future
Going through the Akvo timeline, you get a strong sense of the multiple roles that Akvo has played during its life to date, and how its tools have helped hundreds of organisations to make their voices heard and to generate positive change in their environments.

As the organisation’s growing personality moves on to its next cycle, we are quickly developing an awareness of what works and what doesn’t, so as to continue to improve the ability of our partners to make intelligent development decisions, built on accurate data from real programme activity and robust data systems.

We invite you to have a look at the Akvo timeline Version 1.0 here, engage in a conversation in the comments box below or drop us a line to talk about it at alvaro@akvo.org or via Twitter.

Alvaro de Salvo is communications executive at Akvo, based in Amsterdam.

Alvaro de Salvo was Comms executive, Marketing Manager, Head of Marketing and Communications, and a member of the Management team at Akvo. You can connect with him via LinkedIn or Twitter.

Posted in: Inside Akvo