Do the maths with chocolate 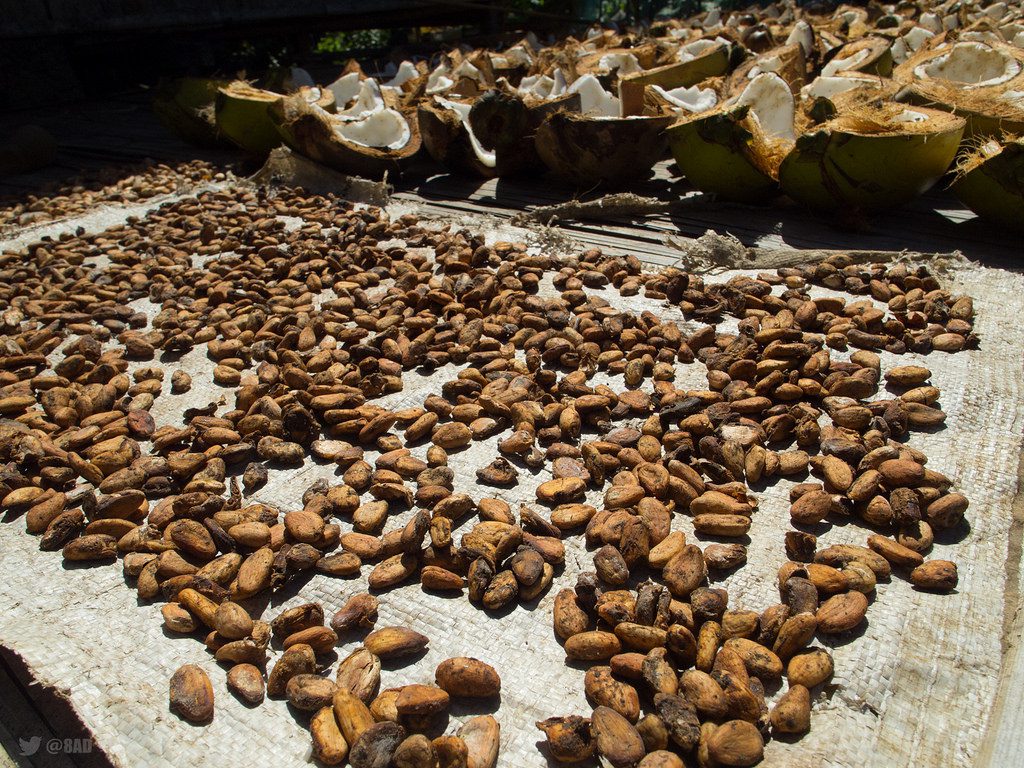 If you were the type of student who sat in mathematics and wondered “When in my life will I ever use this again?” — this blog is for you.

So I try triangulating every position from my last trip to Ngada Panda Village, Ende Regency, East Nusa Tenggara, Flores Island, Indonesia. From the photo of the village’s metadata, I know the exact position and its height. Looking at the GPS status, I can see where the village is located. The other point is the turn over from the main road, which is located next to the beach (I have also its geolocation). So I have three points to draw an imaginary Pythagorean triangle, and what I want to calculate is how steep is the road to the village from the Trans-Flores road.

So I plug the measurements into the formula, and calculate the triangle’s longest side. I’ll save you the details, but my calculations tell me that (rough average) you will be inclining 8.9 degrees, and in slope grade you will get grade 20% – typically you need to put up a road sign for that. Another fear factor is an unpaved road on top of the unstable muddy and humid soil. The width of the road is only 3 meters maximum, so if there are two cars heading towards each other, there’s no room for error to pass. 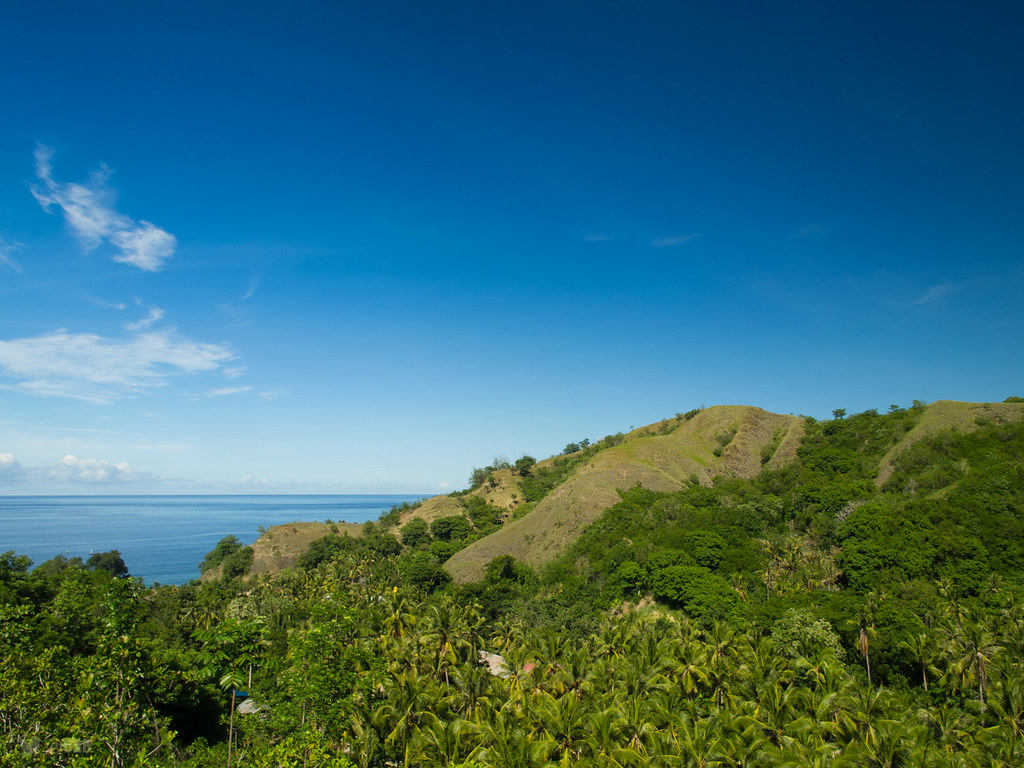 Only 472 msl, we still overlook the south to see the Indian Ocean from the village neighbourhood. Photo by Aulia Rahman.

That’s a little (or too much) of an illustration of where your favorite chocolate comes from in this part of the world, and I think you will all agree that most of the places where cocoa plantations are will likely have the same situation, or even maybe worse. The beans from these places are still far from ready.

Let’s do the math, again.

If you browse recent articles about supply and demand (believe me, mathematics and economics are two subjects I am worst at, so I will try write as modest as possible), it is projected that world cocoa production is now in crisis, between 2015-2020, production will be behind the consumption. A 2014 Guardian article briefly explains the factors contributing to this, including crop failure, disease and, of course, growing class in society is playing an essential role in this vortex.

The majority of the cocoa bean supply is coming from small farmer, family-run farms. They usually have outdated agricultural practices, and most of them are far from having organisational leverage. According to a 2015 Wall Street Journal article, the global demand for chocolate (including butter, sugar, and milk as ingredients) increased 0.6% to 7.1 million tons in 2015 , led by the Asian market which went up 5.9% regionally. 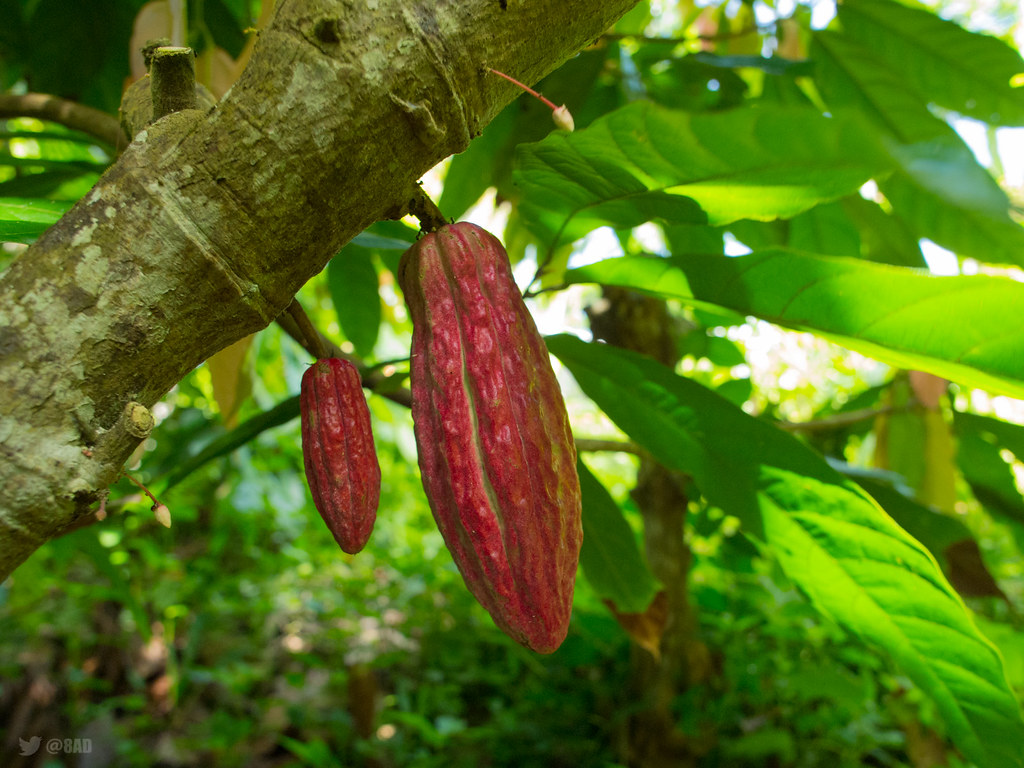 Meanwhile, during that time, cocoa production fell to 4.2 million tons. So basically consumption is increasing but production is falling with potential threat from disease, changing weather and unproductive old trees. And still in the same year, Ghana’s cocoa production dropped 18% from the previous year because of the same issues – old trees, bad weather and disease. Meanwhile Ivory Coast, which together with Ghana makes up about 60% of the world’s total cocoa production, was only able to increase production by 2.8%.

I was chatting with local cocoa farmers back in Ngada Panda Village, Ende. Our discussion was accompanied by virgin coconut oil deep fried cassava, a freshly harvested young coconut, and chili sauce. The local weather was showing 33°C, and humidity around 75-80%, and there is no escape from sweating, especially when you are eating something spicy. But that is not stopping us from having a fruitful conversation. 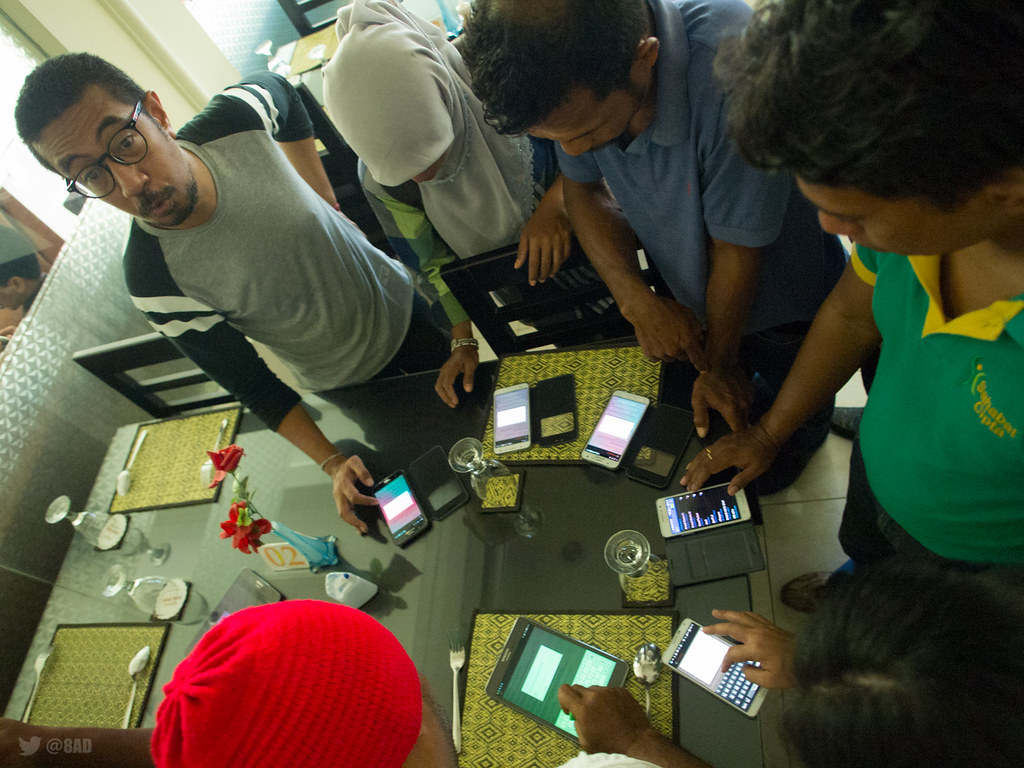 Eldo Soplantila of UTZ, giving a final briefing before dispatching the enumerator team to the field. Photo by Aulia Rahman.

I asked them how they see the cocoa certification programme. Well, of course I didn’t get a direct answer on how it will benefit them, and I didn’t expect to. They are aware that cocoa bean prices are increasing 40% from the average over the last five years – about 35.000-40.000 IDR per kg, or just around 2.90 USD. Annually they can harvest twice, and from a mature tree they usually have 1-1.2 kg of dried cocoa beans, but with good agricultural practices, they know they can boost it to 2-3 kg per tree. So being involved in a certification programme doesn’t necessarily make them understand how it will escalate their income. This process will take years before they realise that a certification programme will eventually give them a better bargaining position in the market, better farming conditions, healthier environmental surroundings and, of course, at the end, better living.

For a cocoa plantation itself, naturally the trees will need shade, which is why it is common that we will see coconut trees, pepper, and cloves along with the cocoa trees, and those are giving benefits to the farmer as well. That’s why it is important for the farmer to understand that part of the certification is involving Good Agricultural Practices (GAP).

From the explanation above, I come to my own answer to the question of how the certification would benefit the farmer in the future.

Akvo is providing technical assistance for UTZ to have a better baseline and mapping platform; we called it Akvo Flow for the programme. Using android-based smartphones and a cloud-based web interface for further data management, UTZ and their local partner are developing digitised surveys to capture all of the baseline information. One of the key features, to plot/map an area with Akvo Flow, has also been enabling the team to measure the cocoa field of every farmer, which gives them reference on yield from every plot. 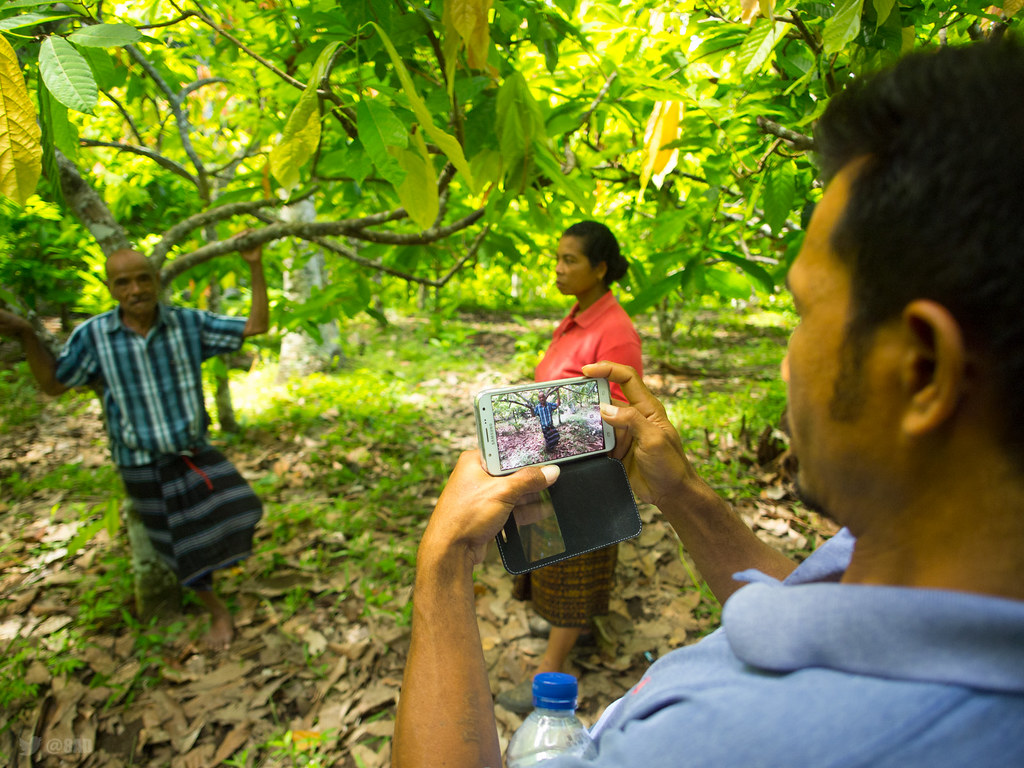 In Indonesia, 96% of 1.7 million hectare of cocoa plantations are owned by local farmers, yielding 700 thousand tons annually (in 2014 – source). Indonesian authorities are convinced that 700 thousand tons were only 25% of its total potential. Assuming on average that every one hectare of farm has 1,000 trees (this is a common number of trees in one hectare), and one tree only produces 2.5 kg annually, if a farmer has two big harvests per year, then each tree only produces approximately 1.25 kg per harvest. This is aligned with the statistics referenced above regarding tree productivity to date.

In the end, by complying with a certification programme, farmers will finally be able to boost harvesting productivity to 2-3 kg per tree, per harvesting by implementing GAP. If all cocoa farmers in Indonesia are able to follow this similar programme, Indonesia’s farmers alone could contribute to 1.4-2.1 million tons of cocoa beans annually, which would be 50% of the total global demand. Then the problem could be solved (this is very easy to say, in reality more homework to come). Well, I am hoping so. So I can eat more chocolate bars while doing math, without feeling guilty.

Aulia Rahman is an Akvo consultant, based in Jakarta, Indonesia. You can follow him on Twitter @8AD.