A nickname for the Netherlands is ‘the Lowlands’. With approximately 26% of the surface of the Dutch Delta below sea level, the name is well chosen. As a consequence of this, we are fighting an everlasting battle to keep (sea) water out. Not only to prevent us from simply drowning, but also trying to avoid both our surface and groundwater bodies become too saline. Especially in the western and northern parts of the country this is a serious issue. Just east of Rotterdam, close to the North Sea, lies our national ‘sink’ – approximately 6.7 metres below sea level.

Fighting this battle is the task of the Netherlands Water Boards: they are responsible for managing surface water quality as well as our dikes and dunes in order to keep our feet dry. Management of water quality requires data and that’s where Akvo’s cooperation with Acacia Water comes in.

Pilot tests
Acacia is specialised in both surface and groundwater management issues and is well aware of the challenges the Water Boards face. One such Board is the Hoogheemraadschap Hollands Noorderkwartier (HHNK), responsible for managing surface water quality in the Province of North Holland, including the island of Texel, located at the very northern tip of the Netherlands. Together with Acacia, we’ve been working with HHNK on combining sensors with smart phones for mobile data collection on water quality. (You can read more about that project, winner of the Dutch Water Innovation Award, in this blog.)

All the data collected by farmers in the Noordelijk Zandgebied, North Holland, is available to view at www.nzgmeet.nl.

Farmers use surface water to irrigate their crops. The challenge is obvious: seawater seeps in which causes surface water to become saline. Farmers are not aware of this and use this water to irrigate their crops. And then the discussion starts: who is responsible for the resulting crop damage? The conclusion is that there is a serious need for more actual local data on the salinity of surface water bodies, in the interest both of local farmers and HHNK. With our new electrical conductivity (EC) sensor, participatory data collection suddenly becomes much easier. The more saline water is, the higher its conductivity for electricity. As the sensor is connected to a mobile phone with the Akvo FLOW field survey app installed, the data can be immediately uploaded and shared online on a map through the phone’s GPS.

This kick-started the project on the island of Texel initiated by Acacia. Since November 2015, farmers have been testing the EC-value of the surface water surrounding their lands. Most of them collect data weekly which is immediately shared online on texelmeet.nl via an easy to use map visualisation. By simply looking at the map, you know which part of the island faces challenges with saline surface water.

A second pilot started in February 2016 in the Noordelijk Zandgebied (NZG) on the main land of the Province of North Holland. An initial training session took place at a large flower bulbs farm in Petten. We trained 19 farmers to use Akvo FLOW and the EC metres. Data collection is going well – all data is shared online via nzgmeet.nl (see screenshot above).

At the beginning of this month, Akvo and Acacia organised a second event on Texel to collect the sensors that were distributed in November last year and retest them to gauge their performance and behaviour over time. We’re running a large validation programme supported by Unesco-IHE at their lab in Delft involving a batch of 60 sensors. We’re checking the precision of the sensors in comparison to high-end lab equipment. So far results are good: the current prototype is capable of measuring salinity between 100 uS/cm up to roughly 25.000 uS/cm with reasonable accuracy.

Below: in April, the next prototype will be available, which is designed to be produced at scale.
Above: Akvo FLOW and EC sensor training session at a bulb farm in Petten, North Holland. Photos by Charlotte Soedjak 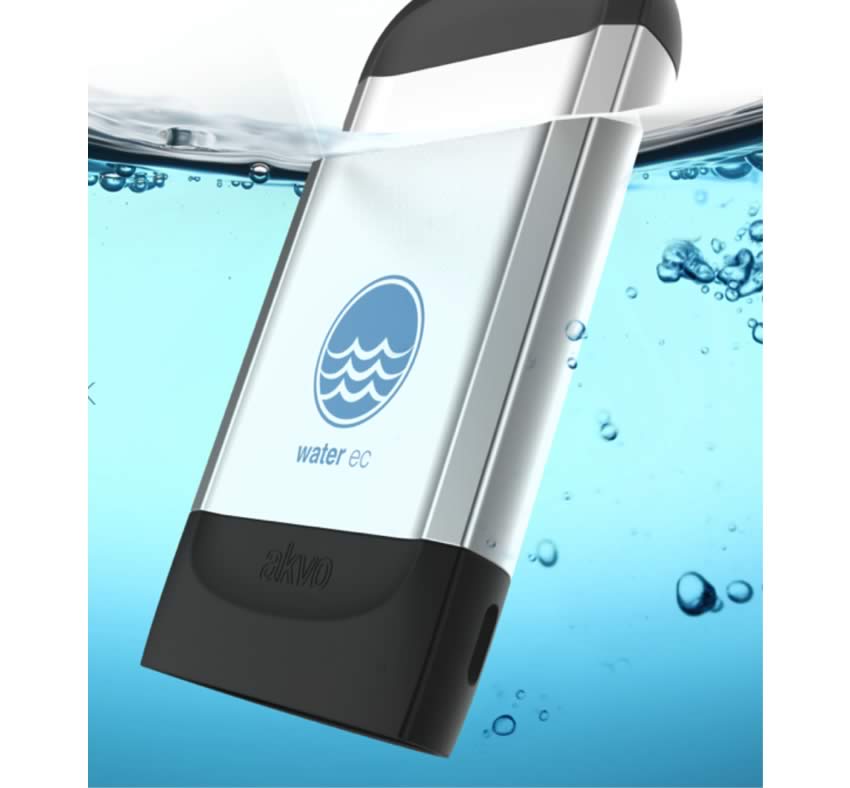 This blog was written jointly by Akvo programme manager Hans Merton and project manager Charlotte Soedjak. They are based in Amsterdam. You can follow them on Twitter @hansmerton and @charlottesoed.