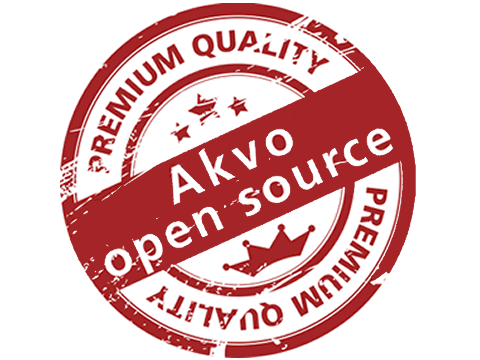 At Akvo, we believe that open source software provides substantial benefits for organisations in the international development sector. Nowadays, we expect a high quality and rich feature set from any software that we use. Thanks to open source software, relatively small organisations and development teams are able to build sophisticated and feature-rich applications by virtue of gluing together pre-existing open source software components in unique or specific ways. To be able to reuse all those pieces is awesome, as it is a lot less complex to assemble existing components than it is to create them from scratch.

But that assembly can become a beast from your worst IKEA nightmare: 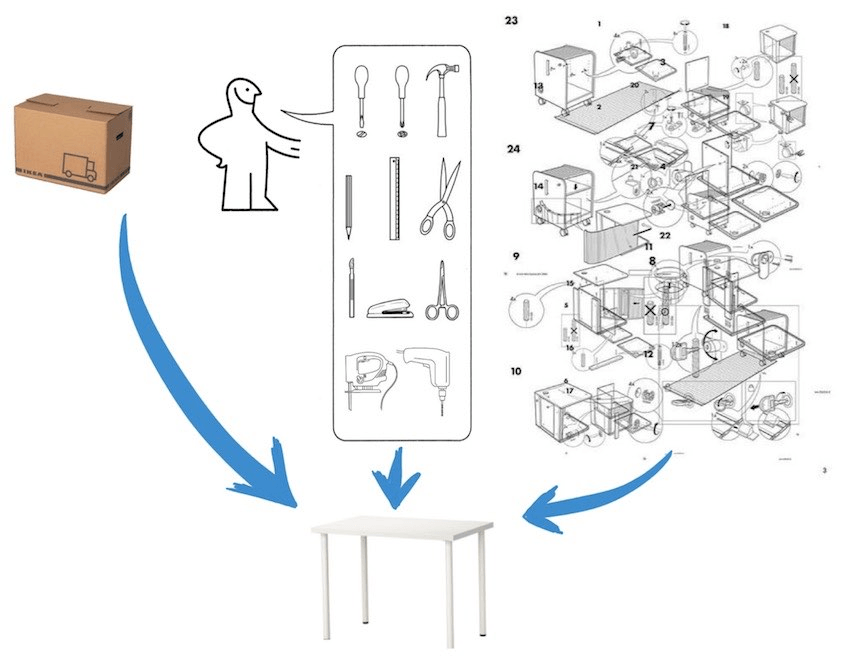 Above: How to build an Ikea desk? Image designed by Dan Lebrero including an image by Giacomo Bettiol, used and modified under the Creative Commons 2.0.

Due to the nature of software, the changes that developers need to make (or the pieces that we need to reassemble) are sometimes drastic. An analogy would be like making that basic IKEA desk into a motorised adjustable standing desk. Much like any other set of instructions, there is always something that doesn’t work. Maybe you missed a step, lost a component or didn’t have all the tools required. Maybe the instructions were wrong, misleading, ambiguous or you were reading them upside down. The result of any of these issues is the same: a big waste of time.

The problem with instructions

For many years, the IT industry has tried to ease this pain by providing more accurate sets of instructions, but those instructions are still written, read and interpreted by humans, and we all know that human communication is messy and far from accurate. At Akvo, we want to make it easy for anybody to contribute to our open source software. For that reason, we have decided to invest in making our open source applications as simple as possible to assemble, not by improving on the assembly instructions, but by completely eliminating them.

As human communication is imperfect, we had to look for another tool; one that would eliminate any ambiguity. And there is nothing like a computer to follow instructions in a very literal way. Even a perfect set of instructions blindly followed by a machine is not enough. Computers have a tendency to accumulate entropy, so even two computers of the same brand, bought at the same shop at the same time, after some weeks of use, can behave differently. Maybe I configured my locale to Klingon while you installed Antivirus-X. That difference is enough to cause the assembly instructions to fail.

So apart from some machine-readable instructions, we need a way of making sure that we always have a fresh start. If every developer starts from the same point, the instructions will always arrive at exactly the same result. And here is where software virtualisation technology shines, as it has the capability to create virtual computers inside the developer’s computer. In a nutshell, virtualisation provides a very easy way of creating a new empty cosmos that we can use as the starting point for our set of instructions.

We have chosen the Docker Platform as the virtualisation technology to allow us to achieve our goal of having a repeatable and machine-readable set of instructions, and therefore a consistent starting point.

The two tools of the Docker Platform that we use are Docker and Docker Compose. Below is an example of a file you’d give to Docker to create a computer:

The most interesting bit here is the first “FROM” line, which tells Docker what our desired starting point is. Thanks again to the open source community, there are thousands of starting points to choose from at DockerHub, which makes it a lot easier to bootstrap our custom virtual computers. The rest of the lines are the set of instructions to follow from that starting point.

The first thing to notice is that the starting point for Docker Compose is always the void, the nothing, la nada. After that, we specify which computers should exist in that universe, in this case, a Postgres database, a Redis database and the Akvo Flow Maps application. Those computers are created using the Docker files that we just explained.

Above: GIF illustrating the before and after of applying virtualisation technology, by Linda Leunissen. Includes image by Giacomo Bettiol, used and modified under the Creative Commons 2.0.

Two tools, git and docker, and two commands, make it extremely easy to build and assemble a working Akvo Lumen development environment. Besides easing the open source contribution process, by removing the onerous task of setting up a working environment, we find two additional benefits of using this technology: