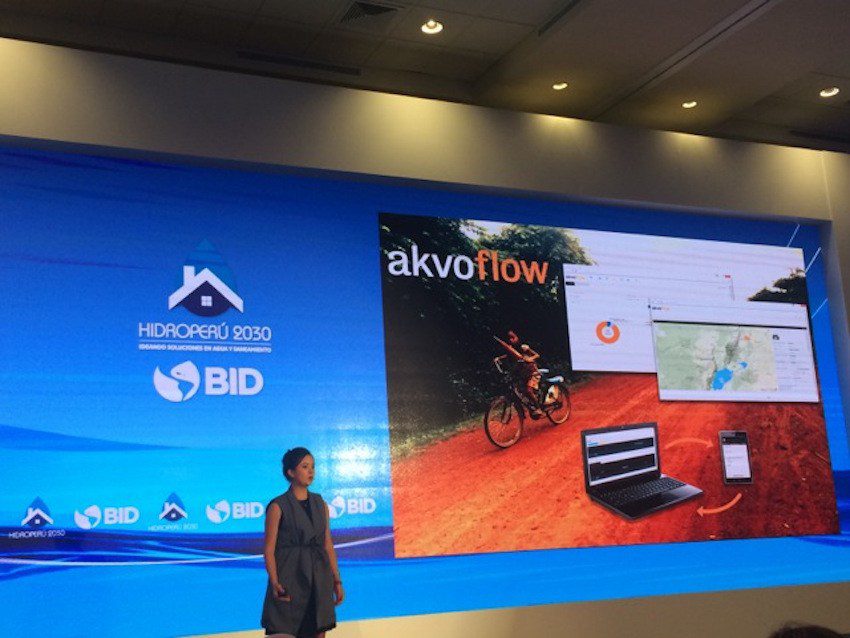 It’s not every day that I get to present in front of a room of more than 650 people and where the President of Perú and the President of the Inter-American Development Bank (IDB) stare at me from the front row. That was HidroPerú 2030: an event the IDB invited us to present at recently. I was prepared for the shock of the five minutes of stardom and, minus a couple stutters and some nervous hand gestures, I eased through my story of how Thomas meeting Jeroen led to what Akvo is now: a team of committed development professionals scattered around the world who believe that working with people and developing open technologies like Akvo Caddisfly and Akvo Flow to capture, understand and share data can bring more collaboration, effectiveness and transparency to the world of development aid.

During the event, participants were asked to travel forward in time and imagine how Perú can achieve water and sanitation services – with quality and for all – by 2030. What would that look like? What story would they want to tell about how they got there? How could that vision be realistically achieved?

Nine IDB staff members started by describing, in two-minute conversation-like snippets, the water context in Perú and presented scenarios that could result in either well-managed resources enjoyed by all or terrible consequences if the wrong path is taken. Once they set the stage, seven innovators – Akvo among them – offered alternative ways in which innovation can help them achieve their vision. The event ended with a conversation among the two presidents, where, using the old adage “el que mucho abarca, poco aprieta” (equivalent to Jack of all trades, master of none) the President of Perú, who took office in late July 2016, reiterated what he often said during his campaign: his government will focus on “water, water, water.”

The event triggered quite a bit of interest in both Akvo Caddisfly and Akvo Flow (more on that later) but it also sparked a few additional reflections:

It was less evident but still present in the format of the event, where presenters were encouraged to deliver Ted Talk-style presentations. So even though the room was full of high-level cabinet members and IDB staff, the atmosphere was simple and casual; as if telling people to trade the high-strung formal vibes for imagination and creativity. It was a good reminder that innovation goes beyond technology and manifests in new ways of working, of collaborating and even in how we communicate. 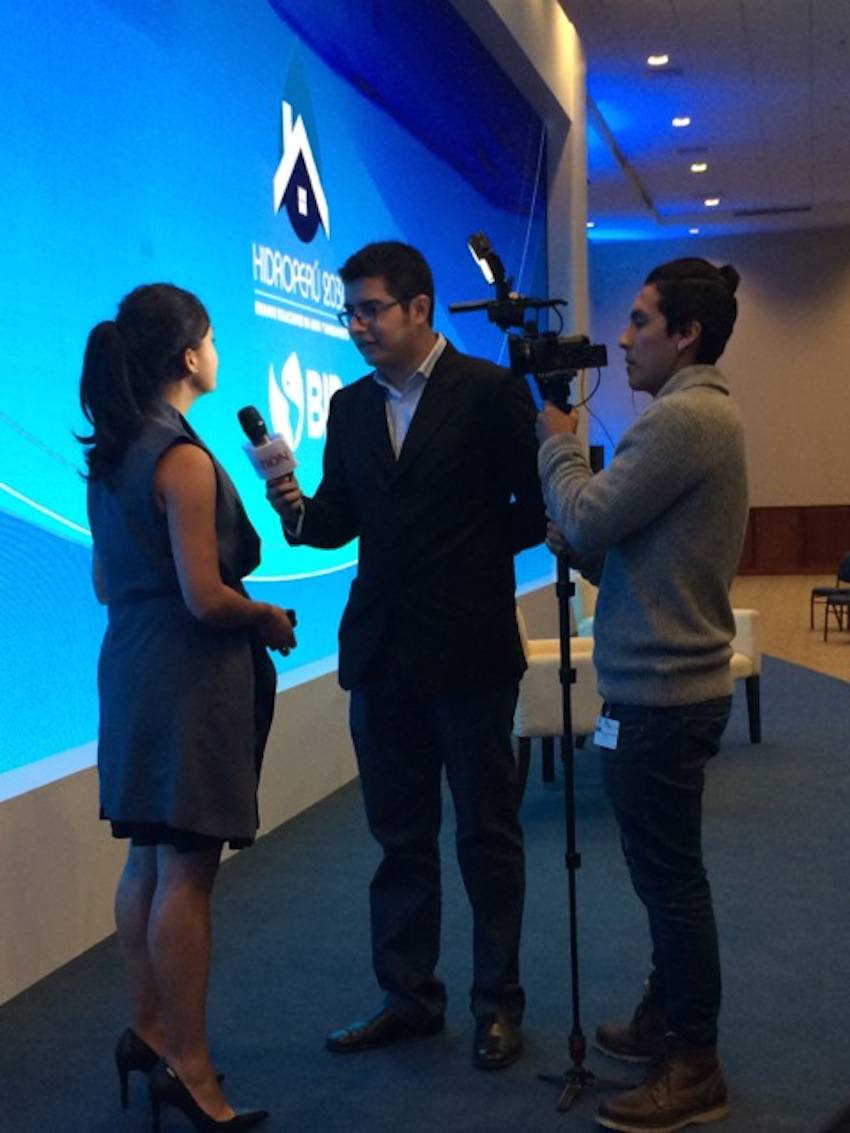 Creating a vision and providing the tools
The vision-driven setup of the entire event was perhaps my favorite thing. In a world driven by fast-paced everything and where efficiency, results and “the bottom line” are the hallmarks of every day work, seeing a president invest in creating and sharing a vision first was music to my geeky Monitoring and Evaluation ears. Having a clear vision of what we want to achieve should always guide what we do and how we do it and not the other way around. PPK seems to know that and through HidroPerú 2030, he started getting people excited about a Perú where water resources are well managed and everything in the country – the economy, environment, and every individual – benefits from it.

Space for Akvo
Water is front and center of PPK’s government agenda. That, in itself, is a great opportunity for organizations working in the water sector, but I was also encouraged by the high level of interest Akvo’s presentation triggered. From my lonely spot on the stage I noticed several “ahs” and “ohs” from the audience as I presented Akvo Caddisfly and Akvo Flow. I also noticed body language change in my front row spectators – some nodding in agreement and others, like PPK himself, shifting from checking his phone in an upright position when I started speaking to putting his phone away and slowly leaning in to listen carefully. My line about everyone in the room likely having a phone “in their pockets” (to showcase the increased use of mobile technology) may have been a prompt to put his phone away but, given the many conversations that followed after the event there is reason to believe that PPK was not the only one paying attention. There is reason to believe that interest will only continue to increase and that we can expect many more people in the region to lean in as Akvo continues to move forward in Latin America.

Ethel Méndez Castillo is a monitoring and evaluation specialist, with a particular focus on the US and Latin America. Follow her @ethelnmc.