Aguayuda is working to improve life and health in poor rural communities through clean water, sanitation and education. The organisation is a partner of the Latin America Program of the Millennium Water Alliance (MWA), which was formed in 2002 by US-based non-governmental organisations working in water and sanitation to offer sustainable solutions through advocacy, shared knowledge, and collaborative programming in Africa, Asia and Latin America.

Above: (left to right) Benicia Uriana and Karen Cuadrado, both social workers on the Aguayuda team pose in traditional Wayúu mantas as children from the local community look on. La Guajira, Colombia, 1 February 2014. Photo by Harold Lozada 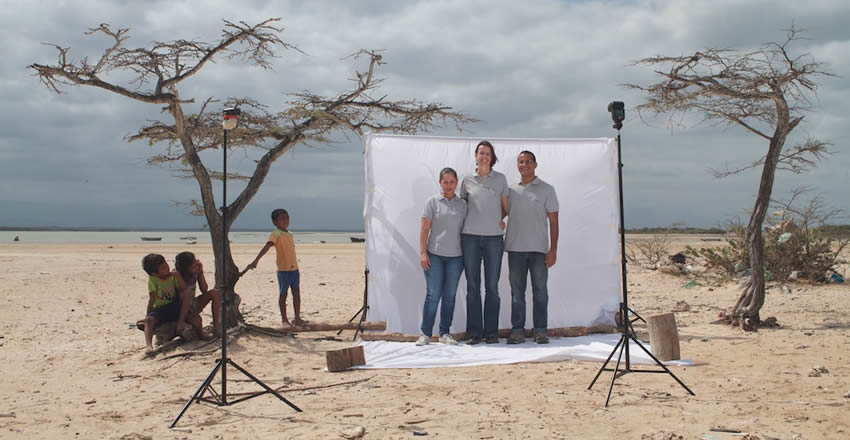 Below: (left to right) Franklin Ojeda and Jose Aquilar, both technical coordinators for Aguayuda, pose next to a SkyBox™ Water Filtration Unit. La Guajira, Colombia. 1 February 2014. Photo by Harold Lozada 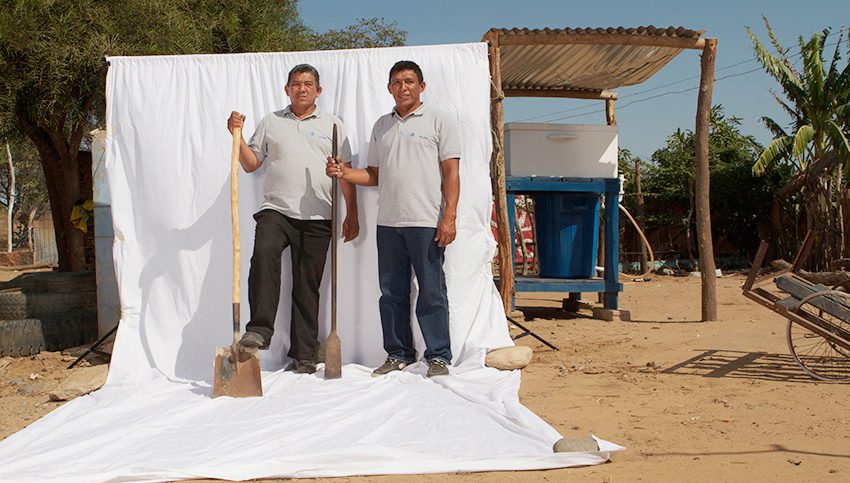 What’s happening here?
As part of of MWA’s Lazos de Agua programme, Aguayuda has been using Akvo RSR to post frequent updates. This provides Aguayuda with a simple, easy-to-use platform to give donors a realistic snapshot of successes, as well as challenges, key lessons and potential solutions. 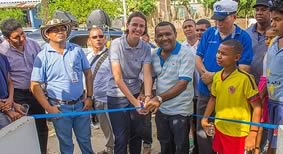 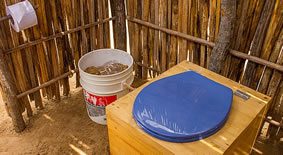 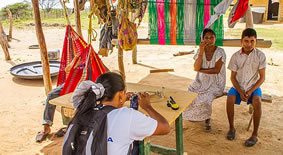 Using Akvo FLOW, the team conducted a baseline survey of households and water points across 20 communities in La Guajira, plus one control group. By using FLOW, Aguayuda was able to conduct 172 surveys within two months with a very small team. 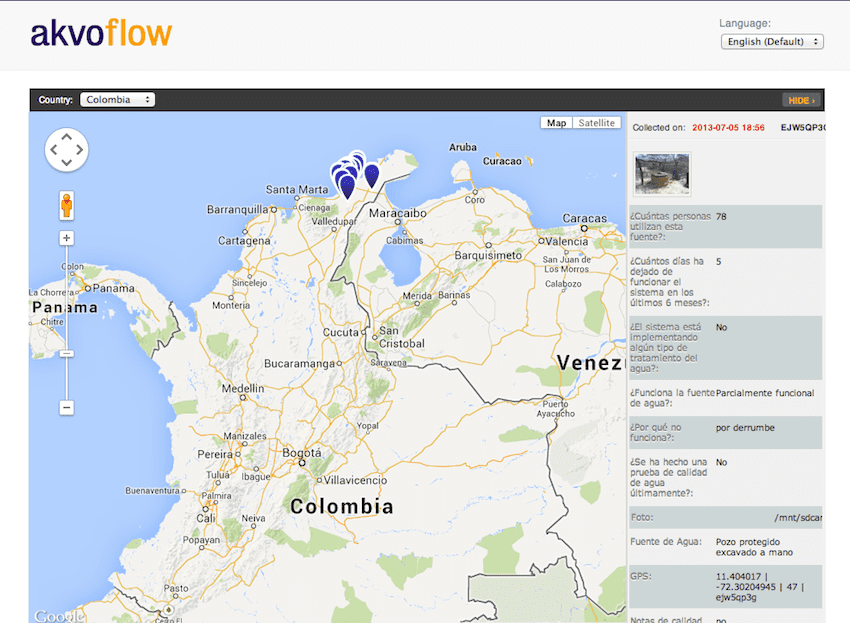 Aguayuda has a core team of seven working with Akvo tools on the ground in Colombia, and they’re all featured here. Karen Cuadrado and Benicia Uriana, social workers who speak Spanish as well as Wayúunaiki, help facilitate communication with the local communities and will also run the water and sanitation education workshops. Franklin Ojeda and Jose Aquilar, both technical coordinators for the project, work to implement and repair water and sanitation solutions and are experts on installing and maintaining windmills. Simón Zimmer and Sabrina Zimmermann manage the Aguayuda team with support from assistant administrator, Sor Ayde Quintero.

The background story
Funded by the FEMSA foundation and Coca Cola, MWA’s Lazos de Agua is a three year programme to improve access to water and sanitation to people in some of the poorest communities in Mexico, Guatemala, Honduras, Nicaragua and Colombia. The main objectives are increased access to sustainable safe water, sustainable sanitation coverage, improved source and household level drinking water and improved hand-washing practices. Aguayuda is responsible for implementing the Lazos de Agua programme in Colombia.

Through the programme, Aguayuda is working with the communities in La Guajira to provide a range of solutions, depending on what each community needs. These include family household filters, community filters, water distribution systems, windmills and soon a solar pump. The team is also rolling out a small pilot, which will eventually scale up, to provide some communities with composting latrines or “loveable loos.” Aguayuda’s work in the region will also benefit three schools – two schools will receive water truck deliveries, while a third school will receive a windmill that provides water. 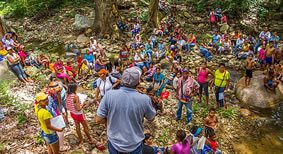 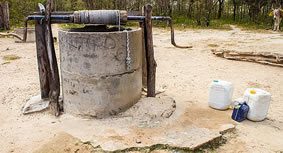 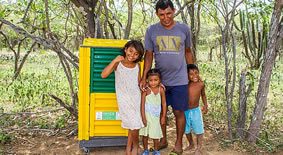 This year Aguayuda will kick off a local water, sanitation and hygiene (WASH) education programme, a strategic objective of the Lazos de Agua programme. For this, Aguayuda is developing training materials, including lesson plans for teachers and visual manuals for students and will roll out workshops across the communities. They will also be working to form a WASH committee made up of members of the community before the programme ends in 2015. This will empower communities and the local government to manage their own WASH projects, which is key to sustainability.

Emily Armanetti is a communications manager at Akvo, based in New York.