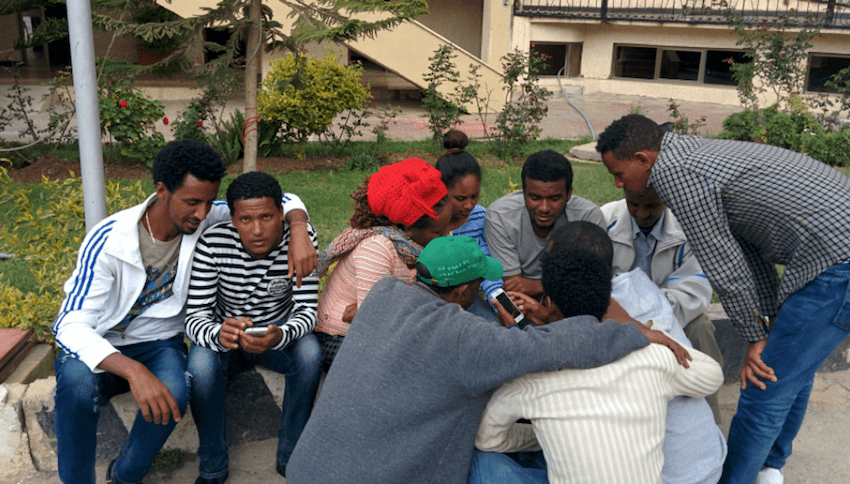 Towards the end of 2015 and going into 2016, Ethiopia was faced with its worst drought for 50 years. This threatened to leave more than 10 million people without adequate food supply, including millions of children. Urgent intervention was needed to prevent a crisis.

Akvo’s partner UNICEF Ethiopia took up the task, assembling an emergency task force together with World Vision and Oxfam. UNICEF Ethiopia does work that directly and indirectly impacts millions around the country on a daily basis; to help children survive and thrive, from early childhood through adolescence.

Being among the organisations that have been heavily involved in improving water accessibility across the country, World Vision and Oxfam were tasked with conducting monitoring exercises on their respective water points in the hardest hit Woredas (the third level of Ethiopia’s administrative divisions, which are made up of a number of wards). Using the collected data, a live analysis was to be conducted to assess which woredas needed the most urgent intervention.

Having previously worked with Akvo when updating the National WASH inventory in Ethiopia’s Somali region, UNICEF chose Akvo Flow as the tool to conduct this monitoring exercise and also asked Akvo to provide an analytical tool to monitor the key performance indicators (KPIs) of the exercise. The KPIs identified were:

Roll out
Implementation of the project started with parallel enumerator training sessions in the Ethiopian towns of Adama, Awassa, and Mek’ele between 11-15 January. Data collection commenced immediately after the training.

Above: Enumerators learn how to use the Akvo Flow app during training held at the Axum hotel in Mek’elle, January 2016. Photo by Charles Kimani.

Over the following three months, a total of approximately 80,000 survey responses were submitted via Flow and analysed. Analysis was conducted concurrently with the data collection.

Live Data Integration
One of the challenges of this exercise was that there needed to be a live connection between the data that was being collected in the field and the analytical tool, which was to aid as a decision support system. This would enable action to be taken swiftly to relieve urgent situations. Potential options were:

Options one and two meant that we would need to build a data store and create a link between it and the tool, which would translate into a longer development time. The frequent exporting of raw data reports and/or the pulling of data using Flow’s read API would also be strenuous on Akvo’s servers. We therefore decided to go with option three, as it offered the fastest implementation timeline. Given the urgency of the drought situation, speed was an important factor.

Analysis
To create the analytical tool, we improved on the interactive maps codebase to add the needed functionality for this project. For example, we added the ability to filter by date. This particular feature was built to calculate the per capita consumption KPI. The task force partners needed to be able monitor how water usage was changing over time.

We also created a tabular view, allowing people to display selected columns related to the KPIs in a table format, based on applied administrative filters. And we enabled users to export reports. 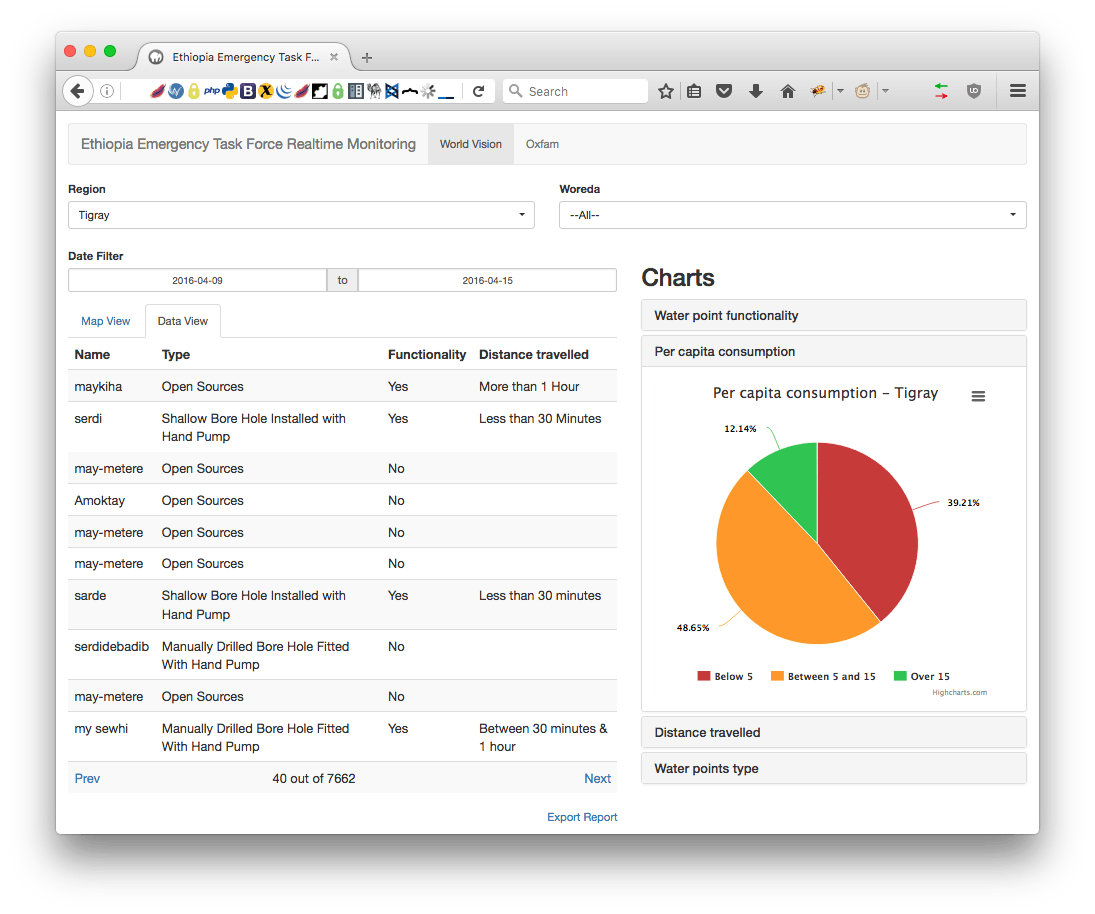 Above: screen shot of the analytical tool showing the new date filtering, tabular view and report export features added to meet the specific urgent needs of the drought monitoring programme.

Results
This project demonstrates how Flow is being used to solve real life issues and avert crisis, as well as how the need for intervention can be a catalyst for exploring and understanding new technologies. The findings of the data collection and analysis in Ethiopia triggered a real-time increase in water trucking activities, and the weekly findings helped determine which woredas were in the most urgent need. It is a great reference point for future work we do with partners and is a potential case study for how data visualisation platforms, such as the upcoming Akvo Lumen, can be used to analyse live data.

Charles Kimani is a project officer in Akvo’s East Africa hub. you can follow him on Twitter @kymni.