Open data and the aid boom in the Pacific: Part I 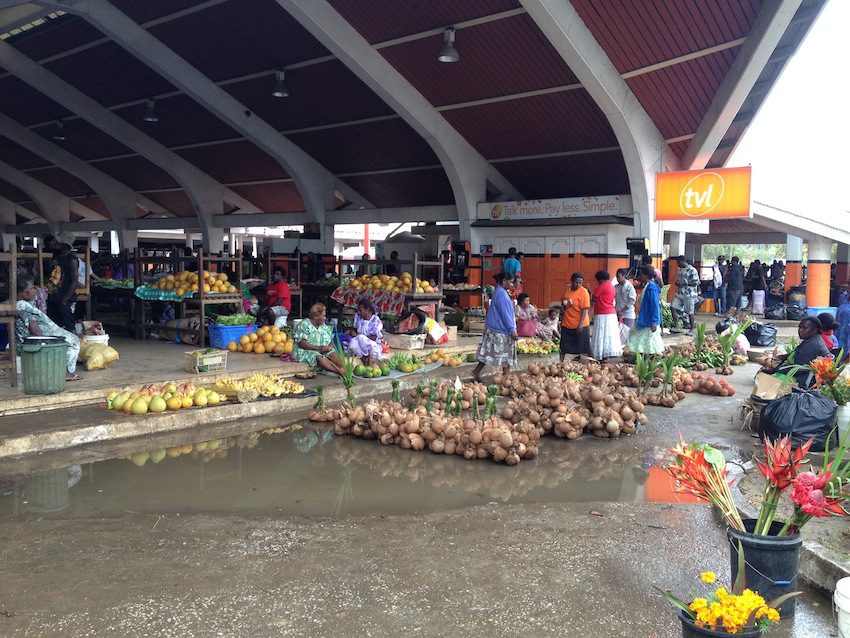 The Republic of Vanuatu is as old as I am. Both of us were born in the 80s, and are stepping into our early thirties together. When a country is this young, the mortar used to build structures of governance is so fresh, you can almost smell it.

In this Rorschach ink dot of an island nation, UNICEF Pacific collaborated with us to bring Akvo FLOW to the Ministry of Land and Natural Resources (MLNR) and specifically to the Department of Geology, Mines and Water Resources (DGMWR). What we gathered from our very first engagement was that the absence of data is a serious concern in this region. International aid workers use a cathartic term – “data-free” – to describe this issue. In a coconut shell, it means that action is unfettered from the shackles of evidence. As cool as it sounds (and perhaps to many it may appear as a reflection of the free and relaxed spirit of the Pacific islands), in reality, eight Pacific countries are on the top 20 list of the most aid dependent nations in the world. For example, total Overseas Development Assistance (ODA) in 2008 to Vanuatu translated into 392 USD per capita and approximately 10% of its Gross National Income. Jonathan Pryke, a researcher at the Development Policy Centre, Crawford School of Public Policy, ANU College of Asia & the Pacific, has written a number of blogs on this phenomenon of “aid boom” in the Pacific.

Aid booms need rigorous and transparent monitoring and reporting so that all that money “walks the walk,” and delivers what it promises. Akvo, along with UNICEF and DGMWR is bringing on board its tools to nurture such processes. This collaboration initially plans to create verifiable datasets and subsequently analyse them to track progress against national water, sanitation and hygiene (WASH) indicators. In parallel, we will explore building platforms to enable data pooling from different aid projects (IATI) and sharing of data being collected through Akvo FLOW.

This young collaboration, barely five months old, has made some rapid strides. In June, we trained the first batch of 23 people in Vanuatu. This included 20 staff from DGMWR, two staff members from the heath department and two NGO representatives. Larissa from UNICEF also wrote a nice blog about it on the UNICEF Pacific website. The training was rigorous, to say the least. Within four days of training, we had revised a legacy baseline format and field-tested it twice on two separate islands. This continuous iteration provided clues to what indicators had to be tracked and, based on the same, which questions would work and which would not. The immediate output was a month-long exercise by DGMWR to survey water systems in Shefa Province in July. It led to a database of over 1,650 water systems mapped with Akvo FLOW in August.

And with that, Vanuatu became the first country in the region to use mobile-based data and asset management tools as part of developing its national WASH database.

Part II of this blog is now online.