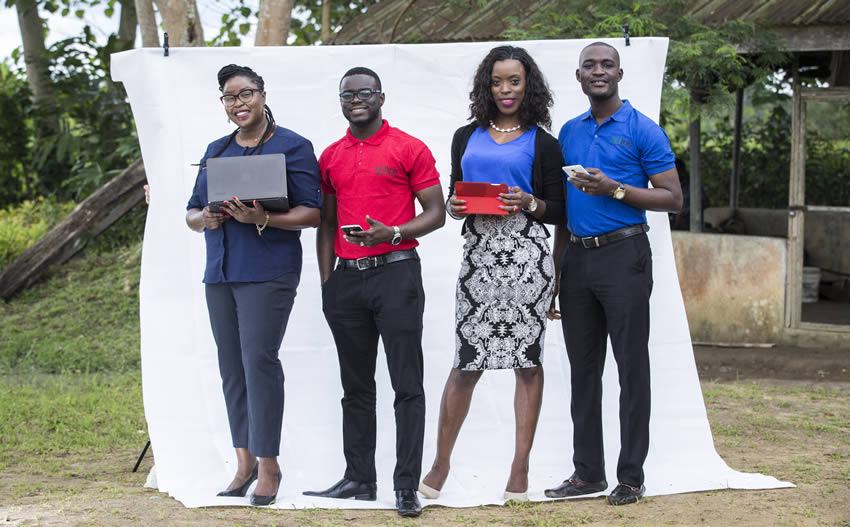 PIND is the Foundation for Partnership Initiatives in the Niger Delta. It aims to achieve peace and prosperity among local communities by bringing together people concerned with sustainable development in the region, sharing information and insights, and encouraging innovative partnerships to support equitable economic growth. PIND’s activities are focussed in four programme areas: economic development; capacity building; peace building; and analysis & advocacy.

Below: members of the NDLink team outside PIND’s office in Port Harcourt. From left to right: Ese Emerhi (project manager), Daro Ibitoye, Ogo Emenike and Chima Jeff Magwei.
Top: the team on the campus of the University of Port Harcourt. Photos by Aisha Augie Kuta, Port Harcourt 2 September 2015 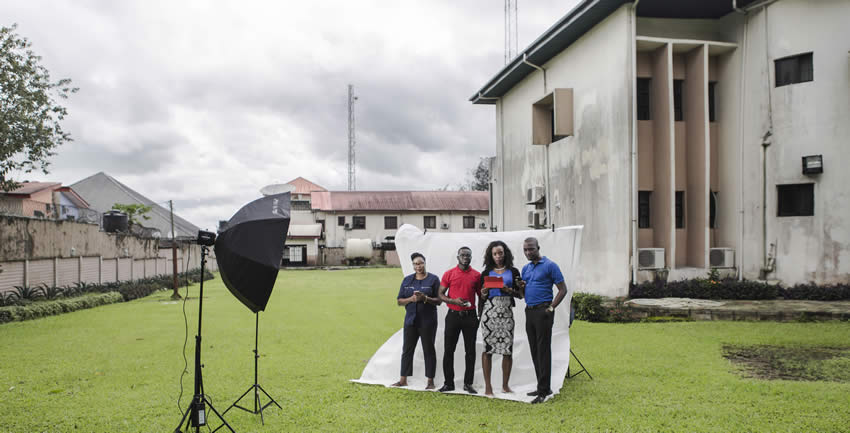 NDLink – opening up project information
When it began working in the Niger Delta, PIND found that little development information existed, and what was there was often inaccurate, outdated and not generally shared. To begin to tackle these issues and help organisations co-ordinate their development activities, PIND created NDLink – an online advocacy, information and communications platform. Geared speciﬁcally to development practitioners and communities in the Niger Delta, NDLink promotes collaboration across the region, helping to address current inefﬁciencies and supporting organisations to build partnerships, expand capacity, and coordinate with one another to achieve sustainable development.

Cultural shift
Many development organisations in the Niger Delta region have historically been culturally averse to sharing information about their activities, particularly what works and what doesn’t. They may feel exposed and see little benefit in this kind of reporting. Through the NDLink platform, PIND aims to influence thinking around sharing knowledge, hopefully resulting in a sea change in perspectives around open data, transparency and accountability for work donor agencies do in the region. The ultimate aim is to reduce confusion and avoid duplication of effort, resulting in more effective programmes and faster, more sustainable development.

The NDLink team are working with local organisations to help them understand the benefits to the region of opening up their information and sharing it in an effective, accessible way. This is a complex and lengthy process. As NDLink project manager Ese Emerhi explained in an interview: “Whenever we go out and speak about the vision of NDLink, conceptually everyone is in alignment, but where it gets tricky has been in the actual implementation of that vision. Ultimately, it’s been about empowering local civil society organisations to take the data of their projects to tell more compelling stories of their work, and that, quite bluntly, means restructuring the power positions – a thing that is never easy to do and which takes serious diplomacy and time.”

It’s not enough to publish – information needs to be used
When Akvo’s partnership with PIND began in July 2014, NDLink was just a few months old. It contained a wealth of data about more than 1,000 projects taking place in the region, but people were not using the information. Emerhi reported that people found the quantity and the unintuitive format of the information intimidating. It was also difficult to download as internet access in the region is slow and unsteady. What was needed was a better way to help the growing NDLink community easily access information to make better decisions around grants and development projects in their local communities. Akvo RSR was identified as a good solution to make the information more accessible and keep it perpetually up to date.

Akvo is helping PIND bring around 1,000 projects online on the NDLink platform using Akvo RSR, and training PIND staff and partners to maintain their projects online and post updates. This is a substantial effort which involves collecting detailed project information in the Akvo RSR format and adding it to the RSR database as well as supporting partners to develop a culture of openness.

Above, below and bottom: participants on the RSR training workshop at PIND’s offices in Port Harcourt, learn how to upload and update project information and perform simple video interviews. Photos by Charlotte Soedjak, Port Harcourt, 3 September 2015 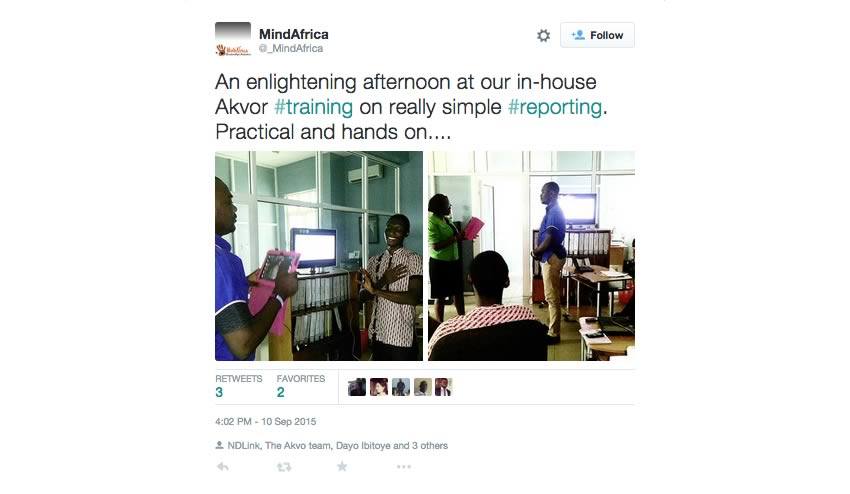 At the end of 2014, the first project batch with 47 of NDLink’s projects in the Niger Delta was published in RSR and showcased on the NDLink website. To date, 479 projects involving 66 organisations have been added to the system.

At the beginning of September 2015, a refresher RSR training course was help in Port Harcourt, Niger Delta, for 40 more people from 20 of PIND’s local partner organisations, as well as five people from PIND and NDLink. This provided an opportunity to get to grips with RSR’s new project editor functionality. 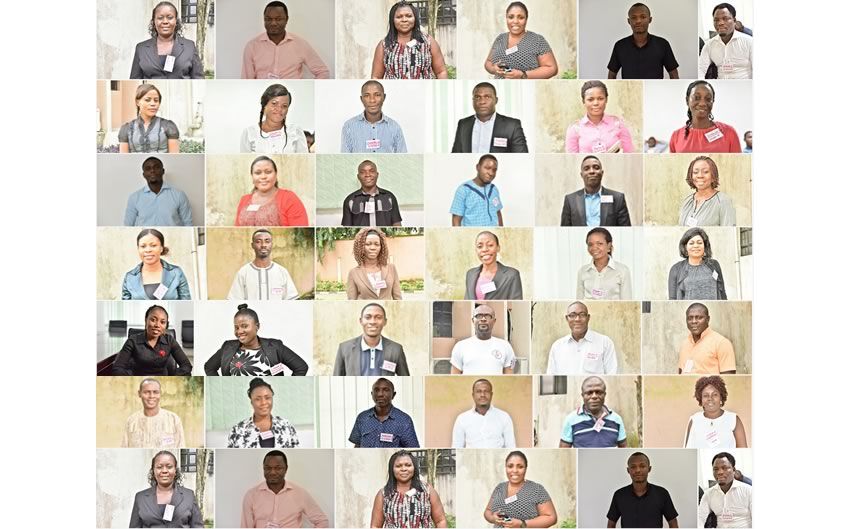 NDLink’s vision of a development sector openly sharing timely project information is closely aligned to Akvo’s own mission to make international development and country governance more effective, transparent and collaborative. Technology can certainly facilitate this process and it’s essential to have the right tools to share data and knowledge, but cultural change is also necessary and that takes time to happen. PIND and NDLink are making substantial inroads in this area with more instances of collaboration between civil society organisations in the Niger Delta region and an increased willingness and capacity across the sector to share information for the greater good.

Jo Pratt is communications manager at Akvo, based in the UK. You can follow her on Twitter @Jo108