An enumerator is using the Akvo FLOW in the middle of palm oil plantation. The task is to draw a closed polygon of every field, and tag the identity for its owner, with this scheme, reporting and tracing is more manageable.

It is awe-inspiring how man can draw a pattern on the world. I mean literally draw a picture, using his evolved skills of agricultural management on a huge scale, using massive tools to cut down trees and change the landscape through bulldozing, ploughing and planting schemes.

What I saw from my plane seat looked like an abstract painting. As we buckled our seatbelts and approached the airstrip for landing on the one hour flight from Jakarta to Jambi, Sumatra, a hundred or more passengers gazed down at a hundred thousand hectares of monoculture. For the half hour before landing, all we saw were blocks of colour, creating fantastic cubist imagery on earth. In fact they were palm oil plantation fields, and maybe some mulberries or papyrus trees, and pines for the pulp and paper industry. The palm oil fields dominated, at least that’s what I concluded just before landing.

After spending some time doing Akvo FLOW training in a meeting room, finally the training participants and I got the chance to go off-road a bit. We headed out to Muaro Jambi, a rural district three hours from Jambi City. Along the roadside, all we saw were palm oil plantation fields. We were scheduled to meet a local farmers association willing to comply with sustainability conditions for their crops.

“If a human body consists of 70% of water, maybe the remaining 30% is palm oil!” a local farmer in Muaro Jambi said to me. Perhaps that’s an exaggeration, but I could see where he was coming from. He went on to show how, from the moment we start our day until we sleep at night, we use products that contain palm oil derivatives; from food, drink, cosmetics, soap and medicine to biodiesel fuel, and many more. 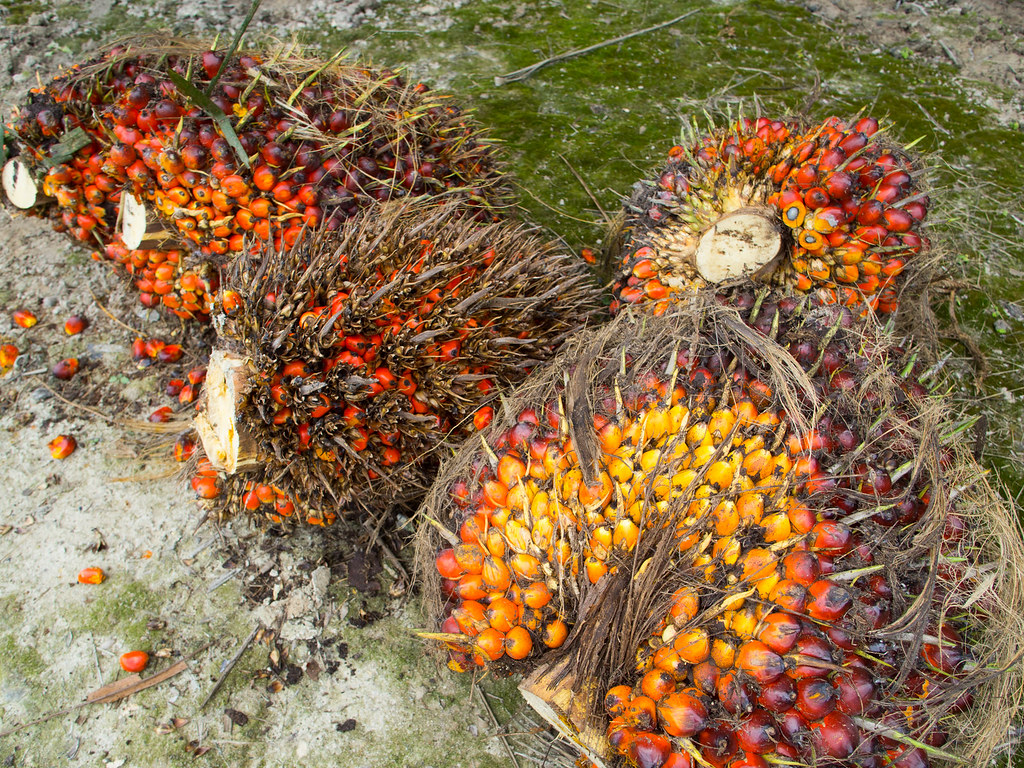 Indonesian palm oil; we are bigger, but are we better?
Indonesia is now the largest palm oil producer in the world, having surpassed Malaysia in 2006. It is predicted that demand for palm oil will double by 2020 and triple by 2050. Damage caused by palm oil plantations is unavoidable. It’s a huge challenge for farm managers to contain their social and environmental impact. According to the environmental NGO Rainforest Rescue, rainforest area the equivalent of 300 football fields is being destroyed every hour to sustain this industry.

SNV-Indonesia is spearheading a project to encourage smallholders (individual farmers or farmers associations) to acquire a sustainability certificate for their crops. It’s called RSPO, or Roundtable on Sustainable Palm Oil, and was created by an association by the same name based in Zurich, Switzerland. RSPO was established in 2004 to promote the growth and use of sustainable palm oil products through credible and accountable global standards. Its members include large and small palm oil producers, traders, processors, NGOs, retailers, and many more. 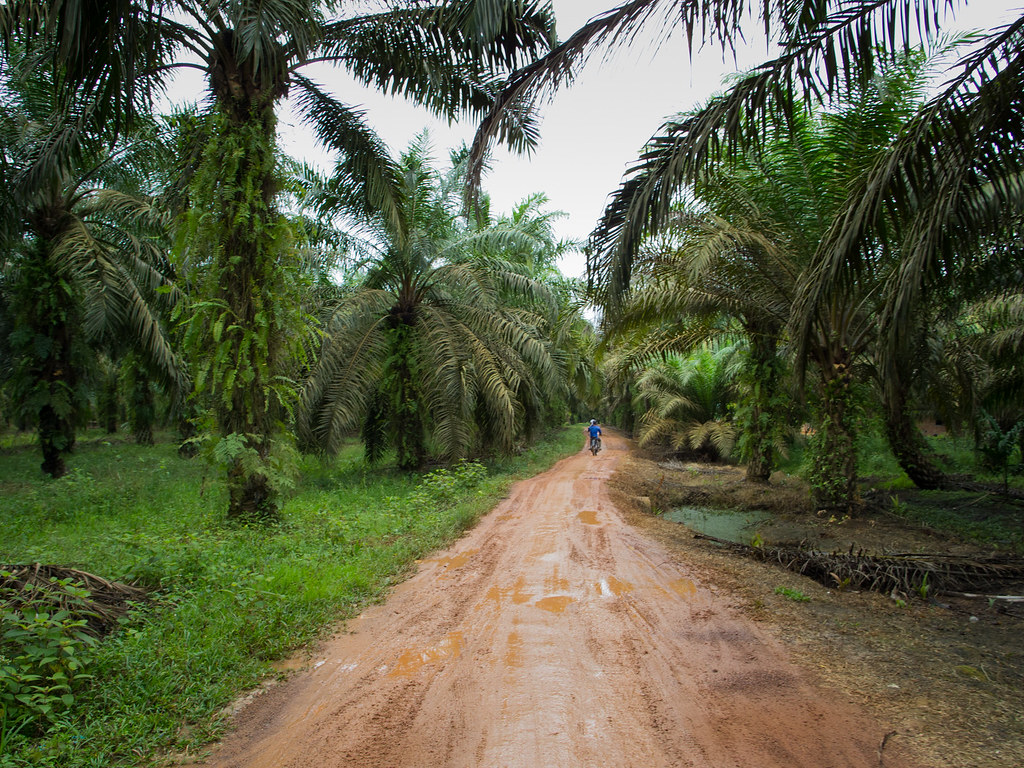 Above: motorbikes are used to map the boundaries of fields using Akvo FLOW. Traceability is one of the key aspects for traded commodities. It means knowing how an item is produced, where, and whom. Ultimately, it gives more positive incentive for farmers to protect the environment.

SNV-Indonesia is using Akvo FLOW to help its partners, local farmers associations, to monitor and achieve some necessary standards for getting the RSPO sustainability accreditation. Some examples of the stringent stipulations include: the land must be designated by law for the purpose and comply with applicable land laws and regulations; there must be no child labour; the fertiliser should not contain harmful substances; and many more.

Akvo FLOW’s new geographical shape feature enables field mapping by recording a closed polygon area using GPS to plot lines, or simply dots, of Geo location. This new feature is very important for farmers as it lets them report on a very significant aspect of the traceability of their product.

Above: an enumerator uses Akvo FLOW in the middle of a palm oil plantation. The task is to draw a closed polygon of every field, and tag the owner’s identity. With this scheme, reporting and traceability is more manageable.

The good consumer for consumer goods
According to a recent report, the demand for sustainable consumer goods has increased over time. Environmental issues are the main concern, and these have increased since 2012: sixty-one percent of consumers globally now say they are very concerned about environmental problems compared with 56 percent in 2012. Sustainable consumer behaviour has increased in nearly every country tracked in the study, although change is considered by many to be rather slow.

But the sustainability train keeps moving forwards, and many industries are now on board. As consumer behaviour gradually changes, the impact moves up the industry chain. The wake-up call is heard even by small farmers in remote places. It’s causing them to change the way they produce their crops, in the hope of getting an equitable profit for their efforts to save the environment.

Aulia Rahman is an Akvo consultant, based in Jakarta, Indonesia. You can follow him on Twitter @8AD
Photos by Aulia.