Thanks to Dutch government for Ebola help 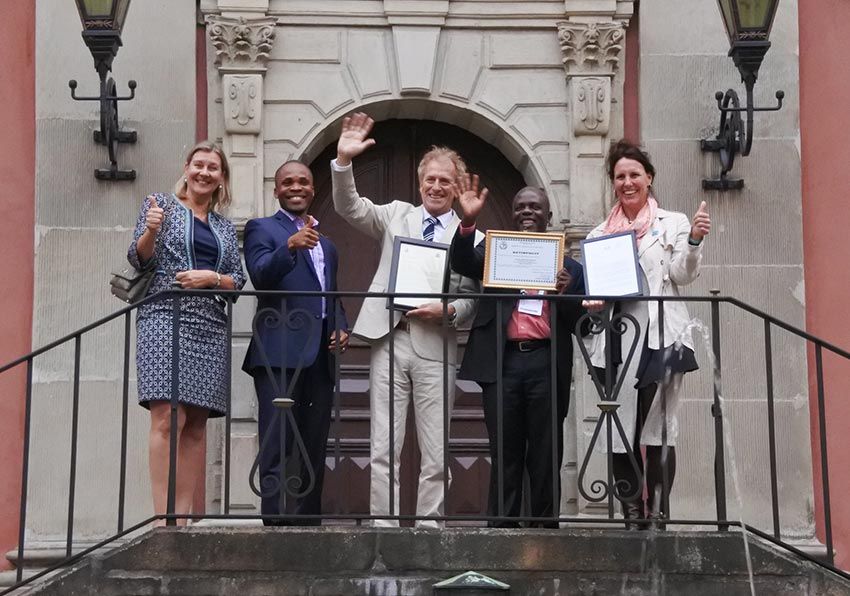 When the ebola crisis took hold in parts of West Africa in 2014, the world watched in horror and fear as tens of thousands of people died, and outbreaks occurred in different places. The way in which the disease was spread, via physical contact, made it especially awful, as it meant that any act of love or care for the sick could (and, in so many cases, did) prove fatal for the carer and those around them. Many people were therefore left to die alone without even the most basic care.

Guinea, Liberia and Sierra Leone were the three countries hit hardest by the epidemic. The Dutch Ministry of Foreign Affairs (DGIS) was already engaged in supporting large scale programmes to improve water and sanitation (WASH) services in these countries. During the ebola crisis, the Ministry diverted $20 million from its WASH programme to provide emergency response and assistance to UNICEF and the governments of the affected countries. This money was used to provide medical care, training and household protection kits. Additional funding for the same amount was then given to replace the diverted funds and aid in post-crisis recovery. 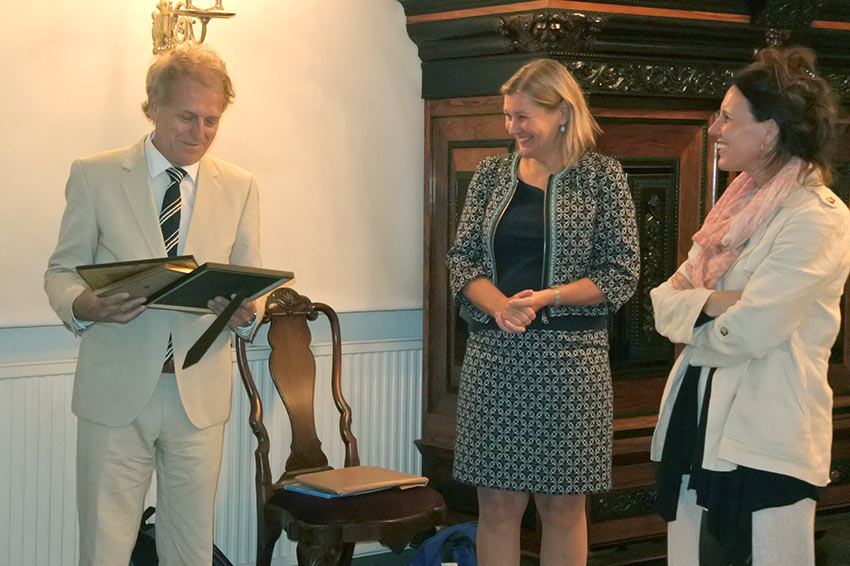 This week is World Water Week, and Tuesday evening saw the annual Dutch water sector reception at the Netherlands Embassy in Stockholm. This was a great opportunity to present some certificates of congratulations and thanks from Liberia, Sierra Leone and Guinea to Ines Coppoolse, Dutch Ambassador to Sweden, and Dick van Ginhoven, Senior Advisor Water and Sanitation, DGIS. These were given in a small ceremony inside the Ambassador’s residence. They were presented by Kelly Ann Naylor, regional WASH advisor at UNICEF and William Gyude Moore, Minister of Public Works, Liberia. I had the privilege to be present to take some pictures of the occasion – and it really did feel like a priviledge.

Below: the Dutch water sector reception at the Netherlands Embassy, Stockholm, 30 August 2016. Photo by Jo Pratt.

The ebola crisis lasted two years and killed almost 29,000 people. It showed those of us not directly affected ourselves how closely we are all connected, and that poverty anywhere harms everyone.