The end of the year revolves around switching perspectives 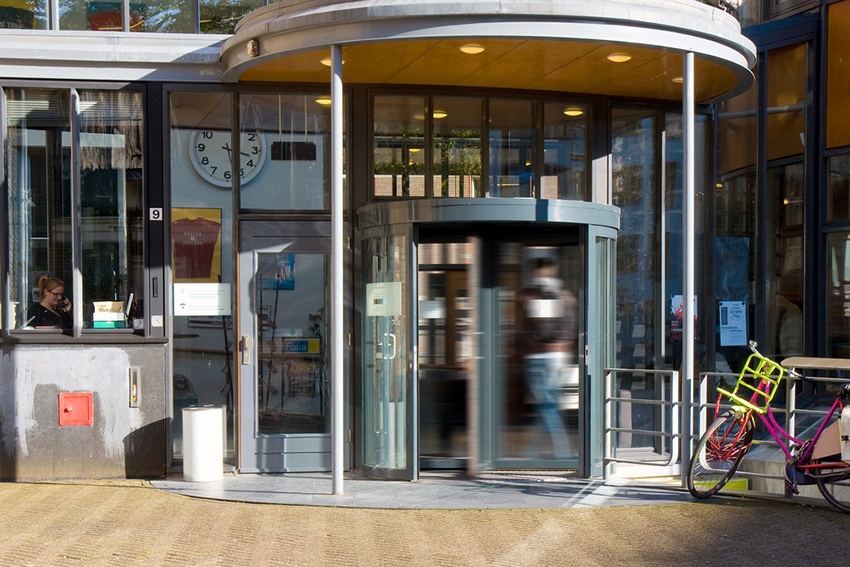 Knowing what you know now and if you were to join the team today, what would you choose to work on?

This is the question I recently asked my colleagues in the Marcomms team. But I wasn’t really looking for an answer. I was giving them a heads up on what’s to come: the first version of the Marcomms Revolving Door Week. In the third week of November 2018, we will focus on (and ship) the thing that we care deeply about, but was overruled by other priorities.

The inquiry to my team came as an inspiration while rereading Andy Grove’s Only The Paranoid Survive. Featured in the book is a well known story among entrepreneurs, managers and CEOs. The anecdote tells of a conversation between Intel’s Chief Operating Officer (COO), Andy Grove and the Chief Executive Officer (CEO), Gordon Moore. Amid rapidly declining profits in memory chips – one of Intel’s main product lines at that time – Grove had a moment of brilliance that set the tone of the organisation for years to come:

Changing perspective from an insider to an outsider helped Andy and Gordon see the big picture clearly. By contemplating Intel’s strategic challenges from an outsider’s perspective, shutting down the memory business was the discernible choice. This simple approach allowed them to remove emotions from the decision making process and gain clarity on what to do next. Even Intel’s customers were supportive. In fact, when they informed them of the decision, some of them reacted with the comment “it sure took you a long time!”. People who have no emotional or direct stake in a decision can see what needs to be done sooner.

What’s the point of the revolving door?

I am pretty lucky. I really am. In 2017, we created a new marketing and communications team at Akvo. Our management team have given me enough trust, mentorship and support to drive Akvo into such transformation. Eighteen months into the adventure and I am pretty happy with how things are going so far. I am also very privileged to work with three extremely intelligent and ambitious women who keep me on my toes and whom I learn from constantly. I also feel glad that we’re able to bring people on board that would help us bring our website to another dimension. Running global marketing in a non profit is challenging for several reasons, resources among the most significant. We’ve been able to co-create a shared vision which is pointing us toward promising things ahead. To make that vision tangible, we’ve introduced the OKR methodology, another of Grove’s brilliant ideas, to keep us agile, focussed and accountable. All in all, we have some extra room for a couple of surprises. As we are kicking into Q4, I believe this is the time to go the extra mile and start preparing solid foundations for the beginning of next year. We still have 25% of the year to do good work and December is usually the month that slips through your fingers like sand. We cannot afford to miss out on this great opportunity.


[bctt tweet=”Knowing what you know now and if you were to join the team today, what would you choose to work on? #Akvo #RevolvingDoorWeek” username=”aj_desalvo”]

It is within this context that I decided to gift our team – myself included – the opportunity to do some work that’s not in our plan but that they feel is crucial to the organisation right now. I am talking about the valuable work that’s usually overruled by the urgency and importance of other priorities. Think of it as a free pass to ship stuff that you care about. A switch in perspective, Andy Grove style. For a full week. No questions asked.

The rules of the game? Pretty simple.

[bctt tweet=”If we stop changing our own perspectives, we stop learning. And if we’re not willing to keep learning, we should probably stop working and do something else instead. #Akvo #RevolvingDoorWeek” username=”aj_desalvo”]

The importance of switching perspectives

If we stop changing our own perspectives, we stop learning. And if we’re not willing to keep learning, we should probably stop working and do something else instead. This will be a week for us to show up. Show that we care. Inspire other teams. And do some good stuff. I am really curious about the outcomes, which we’ll most likely share in this blog later on. For the moment, just go out the door. Get some fresh air. Come back in again. See what needs to change. Have a stab at it.

Alvaro de Salvo is Head of Global Marketing and Communications at Akvo, based in Amsterdam. You can follow him on Twitter @aj_desalvo

Alvaro de Salvo was Comms executive, Marketing Manager, Head of Marketing and Communications, and a member of the Management team at Akvo. You can connect with him via LinkedIn or Twitter.

Posted in: Inside Akvo