Training ICCO’s partners in the Philippines 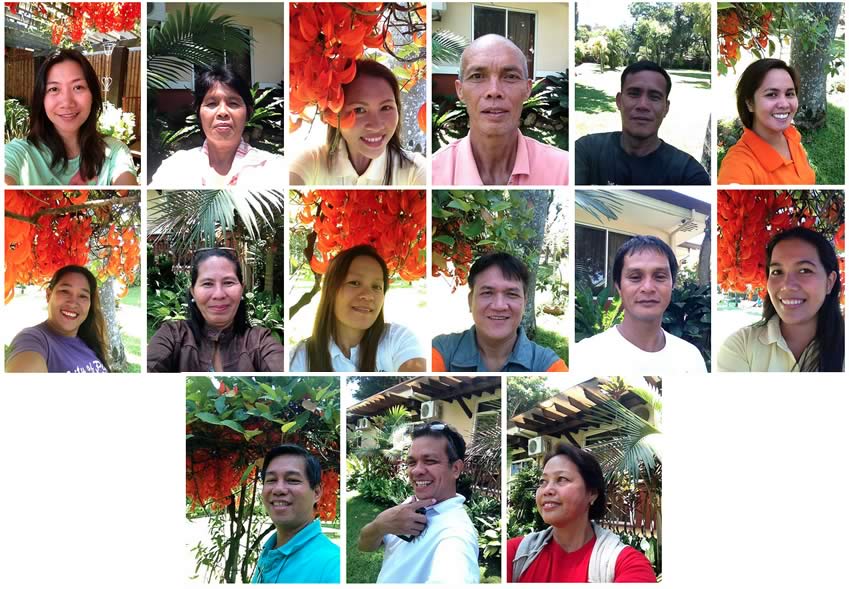 Among many interesting things going on in South East Asia lately, Akvo and ICCO have been working together closely to build on our strategic partnership for innovative approaches in the region. ICCO works with local partners and community groups to help them organise themselves. By using Akvo tools, ICCO and its local partners can monitor their impact using mobile phones, and implement local reporting from the field.

The locations of our workshops were on the island of Mindanao in the Philippines. Mindanao is one of the country’s larger islands and its main city is Davao City. Believe it or not, we were told that Davao City is the third largest city worldwide. Land area-wise I assume. It is also known for the Philippine eagle and lots of durian fruit. The PARFUND demo took place in the more inland city of Valencia, and the other demo took place in Davao City.

The first day of the PARFUND training was devoted to RSR. After explaining the tool, we visited a ‘ready to lay (RTL) duck project’ to create some field updates. The participants were unstoppable and achieved a ground-breaking record of creating 39 updates in one training day. People really seemed to feel empowered to create field updates so easily. The update stream can be viewed here. In the afternoon we also practiced short video interviews.

On the second day we introduced our mobile-based data collection tool Akvo FLOW by means of a demo survey. The survey included questions such as “how many ‘balut’ have you eaten in the past seven days?” Balut is a local delicacy of duck embryo. And yes, we also tried it! To practice collecting data, we visited two field locations.

Top: participants of PARFUND’s two-day FLOW and RSR workshop on the Island of Mindanao, Philippines, 23 September 2014. Photos by the participants (selfies).
Below: screen shot of data collected during a FLOW demo survey during the workshop. 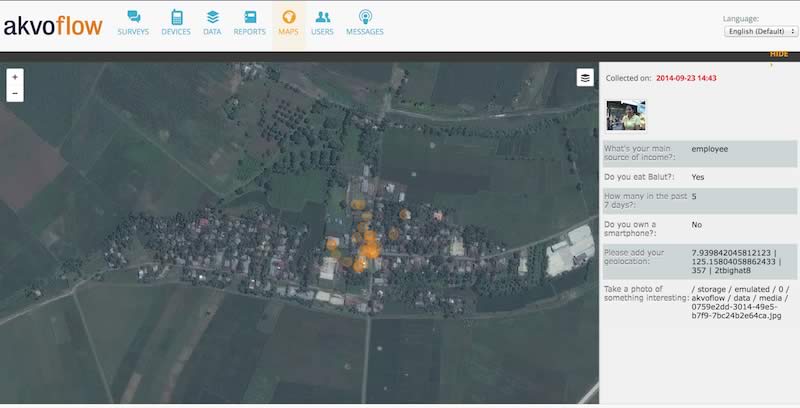 The collaboration with PARFUND will be followed-up by a monitoring survey on rice-duck farmers. We are exited about seeing the data coming in over the next few months, and it would be great to share the outcomes during the Social Entrepreneurship Conference that is happening in Manilla at the end of November.

Our week in Mindanao concluded with the brief RSR and FLOW introduction to TFM, an organisation that supports agrarian reform and rural development, and others in Davao City. Even though we only had one day to demonstrate both tools, the participants seemed to easily understand their use. A discussion on new ways to apply the tools led to ideas such as sharing data and costs of a FLOW dashboard among a group of local partners. They all agreed this is what they need, and will improve the quality of data-collection and help to attract new partners (funders). ICCO would like to facilitate (and participate in) this discussion, because it supports more open, transparent and mobile ways of working in its programmes.

I would like to thank Arnel Astillero of ICCO and his team for arranging this week. I really enjoyed my first training and meeting so many interesting people in the field.

Here are some more photos:

Here are some more videos:

Anna-Marthe Sessink is a project officer at Akvo, based in Denpasar, Indonesia.