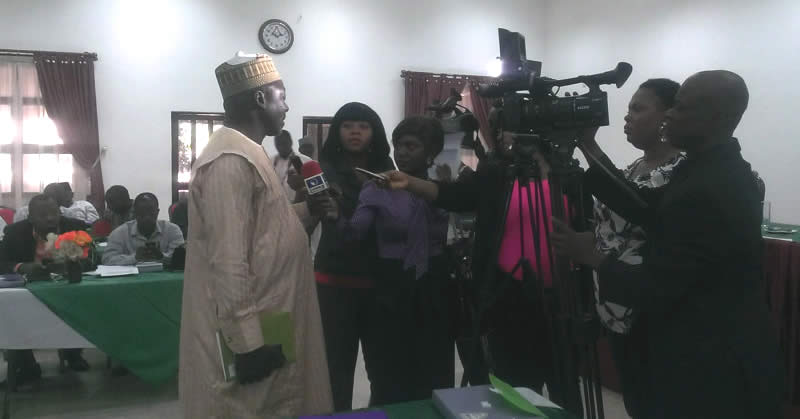 What comes to my mind when somebody mentions Nigeria is the word ‘Oga!’  – an Igbo word which means ‘Boss’, or the person in charge. The reason being that in Kenya, most local TV stations screen Nigerian movies with the term Oga frequently uttered throughout. In fact, in most video stores, most consumers often refer to them as Oga movies.

Nigeria is a West African country with the capital of Abuja. It borders Benin to the west and Cameroon and Chad to the east. Here are some interesting facts about it:

At the end of 2014, my colleague Francis and I took a trip to the capital Abuja as Nigeria’s Federal Ministry of Water Resources (FMWR), with support from the World Bank, wanted to update its national database on water, sanitation and hygiene (WaSH). Together with a local consultant, MALE Integrated, we were selected from those who applied for the tender. This would be the biggest project to date for Akvo’s East Africa hub.

We arrived in Abuja on 8 December in scorching heat and received a warm welcome. There was a huge turnout for our three day Akvo FLOW training course. It included extensive discussions about the relevance of indicators to be used in the field, overall training of how to use the Akvo FLOW smartphone field survey system and its subsequent deployment to the field for pilot testing. Participants included staff from FMWR and delegates from consulting companies.  The course involved a deep dive into the surveys to be conducted, steered by the MALE Integrated team. This ignited intense and passionate discussion among the consultants with regards to the structure of particular questions in the questionnaires. It was a novel thing to experience.

Apologies were received on the second day from the Minister of Water Resources who was prevented from attending due to unavoidable circumstances, therefore it was the permanent secretary who officially commissioned the whole project. There was lots of enthusiasm from participants, and correspondents from television, radio and newspapers were also present during the event.

Below: Hassan Kida, Tax team leader at the World Bank, being interviewed by local media. Photo by Francis Warui.

After the official commissioning of the project, the floor was handed over to Francis. The first task was to install Akvo FLOW & the GPS calibration applications on the 150 new Samsung Galaxy Tab 3 devices. Then we had to register them to the FLOW dashboard and finally assign digital surveys to them. 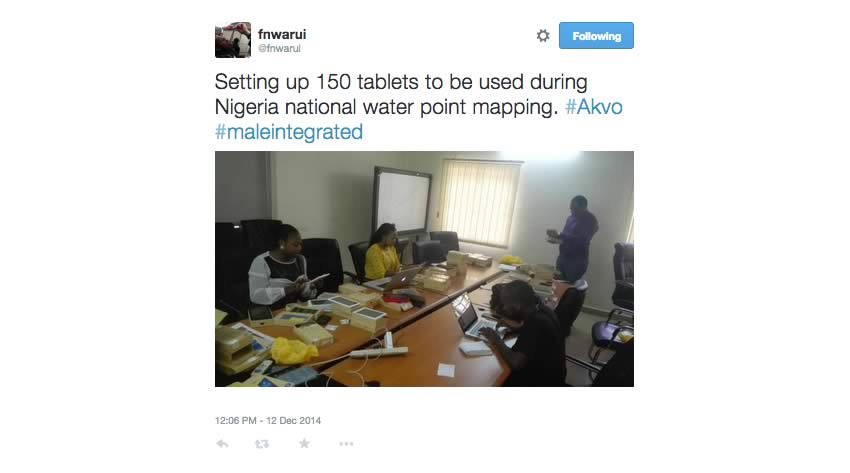 The process at times was very hectic; supporting over sixty people at once is unlike a hot knife through butter. It takes determination, grit and, at times, patience. But with grace, we did manage. All people were sorted out eventually. 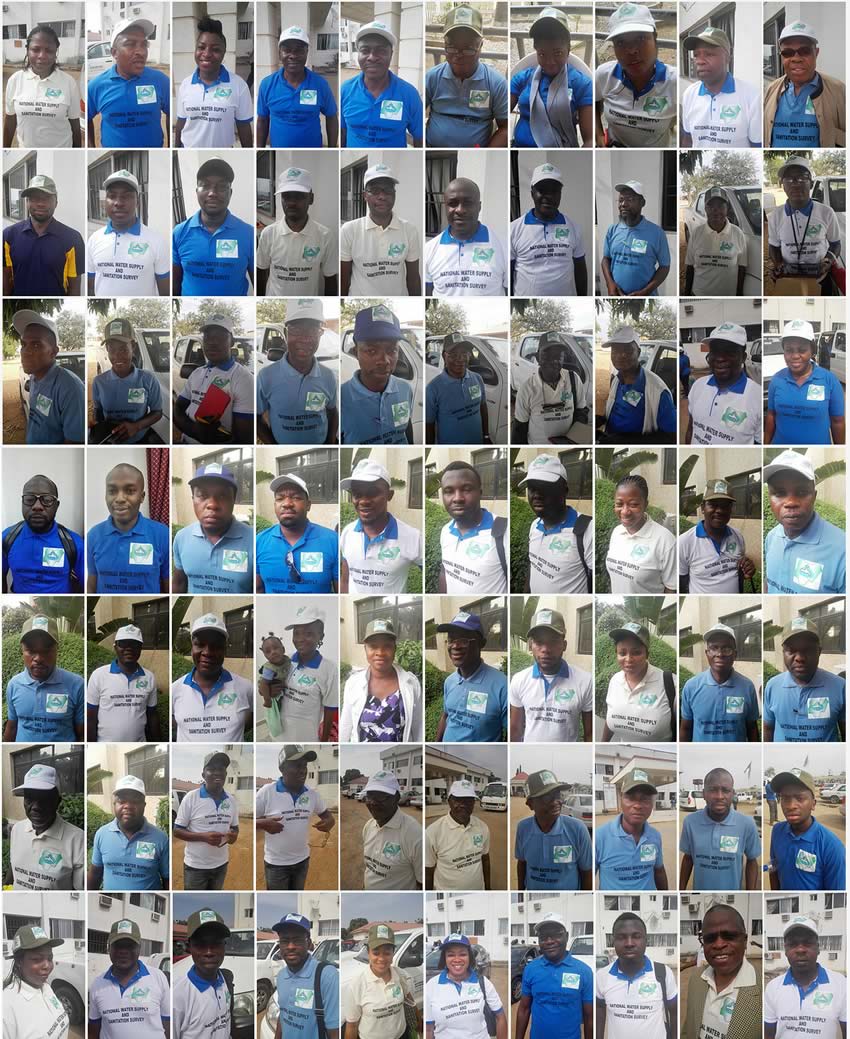 Above: participants on the Akvo FLOW training course came from from the government and 12 consulting companies. Photos by Francis Warui.

In the afternoon session we practiced GPS calibration. GPS/AGPS is the predominant satellite based navigation system in most Android tablets in this part of Africa, and calibration at first attempt always takes time. There were some concerns that this would slow down the process of fetching coordinates. We assured them that could only happen if the enumerator (the individual collecting the survey data) is sitting under a tree or roof.

Similar to football, after training, on the third day the consultants had to go into the field and apply the knowledge they had acquired during the first two days. Kuje Area, 40 km south west of Abuja, was the site chosen for our pre test. The process was smooth and most participants got a feel for how the exercise would work on the ground.

As Nigeria is very large, the data collection was scheduled to be conducted in three phases during 2015: the Pilot phase, January – March; Phase II, April – July; and Phase III, July – September.

At the end of each week during the Pilot phase, Akvo downloaded the survey data from the FLOW dashboard, sorted it for each state then sent it to MALE who then distributed the files to the consultants each working in different states. Following the release of three great new FLOW features at the end of 2014, consultants had direct access to the dashboard with customised permissions, thus enabling them to manage their own data.

Below: data collected during the Pilot phase.

Furthermore, customised visualisations were developed using the mapping platform CartoDB which maps specific indicators integrated with charts for interactive storytelling. This enabled the World Bank and the consultants to know detailed information such as the status of water points in a specific region.

Phase III is now underway and we are looking forward to accomplishing this whole exercise successfully.

Below: screen grab of the custom made map powered by CartoDB