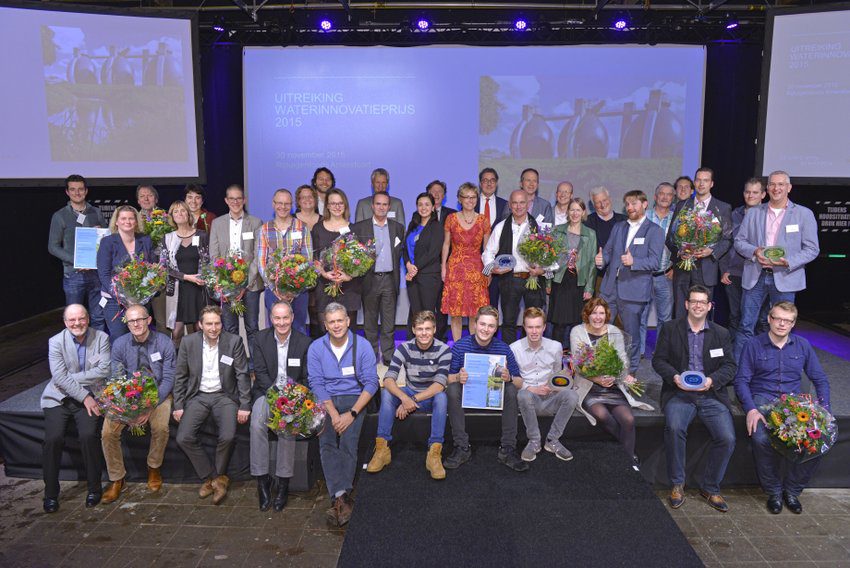 At the beginning of this year I suddenly found myself dressed in a white coat testing our new prototype water temperature/electrical conductivity sensor in the Unesco-IHE lab in Delft.

My colleague Jeroen van der Sommen decided at the end of 2014 that we needed this sensor, simply because he felt there was a market for it. So we set about creating it. We contacted SODAQ, the Internet of Things ambassadors from Hilversum in the Netherlands, because they know a lot about hardware development, and because they dedicate their skills to the development of things like sustainable farming, which sits well with us.

So at the end of March, SODAQ delivered a working prototype which they had created in just three months, and we worked at our end to make sure that the sensor could talk to Akvo FLOW through the micro-USB port of an Android smartphone. The prototype combined two things: a low cost sensor powered by and connected to a smartphone, which also ensures immediate data upload to the Akvo FLOW online platform.

And then things started to move fast. I coincidentally ran into Arjen de Vries, director of Acacia Water in the Netherlands and told him what we were developing. Acacia was already working on the idea of combining sensors with smart phones for mobile data collection on water quality.

Acacia immediately saw the opportunities of this innovation in the Dutch water sector and took it to a Dutch water board called Hoogheemraadschap Hollands Noorderkwartier (HHNK) and the Province of North Holland. Bordering the North sea, HHNK is struggling with salt seepage coming in to both ground and surface water. This results in discussions on water quality with farmers who are using surface water for irrigation purposes.

So Acacia joined Akvo and SODAQ as a third partner and arranged project funding enabling SODAQ to develop an improved sensor prototype covering a much wider range. Together we completed the chain of data: from a sensor to a phone, to Akvo FLOW and finally to an online Akvo FLOW dashboard visualising all the data results.

Now farmers find themselves doing a new task: they are the ones who are collecting water quality data about the water they are actually using. And this suddenly changes the game: actual, local/fine-grained data is being collected in a participatory way by citizens (in this case farmers). It helps HHNK to better understand the water system, thus enabling them to optimise water management. Plus, discussions between HHNK and farmers is now based on facts rather than opinions, and that helps.

Acacia took the initiative to submit our joint solution to the water supply category of the Dutch Water Innovation Prize organised by the Unie van Waterschappen…and we won! 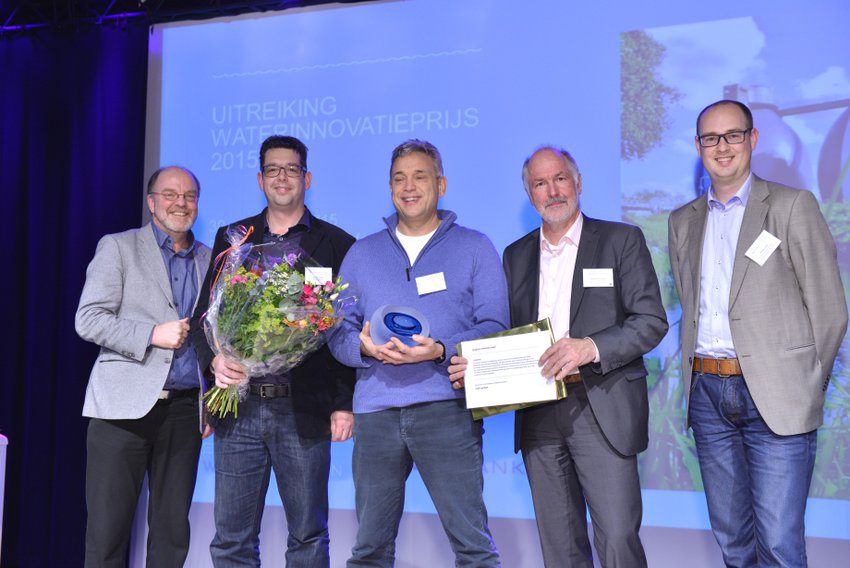 Top: the winners of all the categories of the Dutch Water Innovation Prize.
Above: representatives from Akvo, Acacia Water and SODAQ, the joint winners in the Voldoende water category.

Looking back: none of us would have been able to achieve this on our own. Partnership was key to taking this project from idea to fruition in such a short time. What’s next?

Together we will market this solution as we believe in its potential to contribute to more sustainable water management. Besides the mobile EC-sensor connected to a phone,  low cost EC-stations uploading data automatically to Akvo FLOW will be developed. LoRa, which stands for Long Range Low Power, is a totally new mobile network that supports the so-called internet-of-things: in this case a sensor directly talking to Akvo FLOW without a human being interfering. LoRa is a very interesting innovation to support the frequent sending of small data packages from any sensor to the web. First prototypes are expected to be ready in the first quarter of 2016.

Hans Merton is programme manager at Akvo, based in Amsterdam. You can follow him on Twitter @hansmerton.

Akvo was recently honoured to receive further recognition as winner of the Water and Sanitation Award in the Innovation Category at the Demand Solutions Event in Lima, Peru, and best video at SIWI World Water Week.