What’s the outlook for citizen observatories? 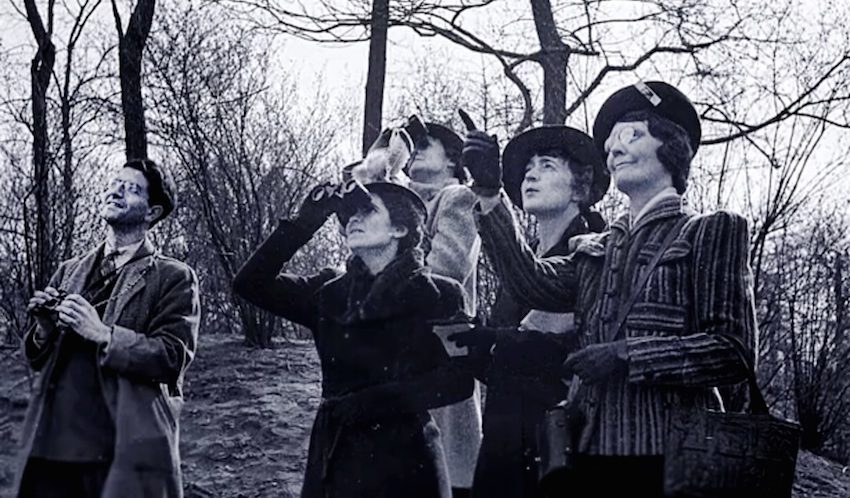 Citizen science is a rapidly growing phenomenon. It has been evolving over the past four decades, but the term entered the Oxford English Dictionary only in June 2014. Its recent explosion in popularity can in part be attributed to technology enabling ordinary citizens to participate with ease and on a large scale.

What is citizen science?

In its most basic definition, citizen science is simply “science done by amateurs”. This form of science has been around for ages. Some of the most well-known scientists of the past were amateurs that were interested the world around them, including Benjamin Franklin and Charles Darwin. 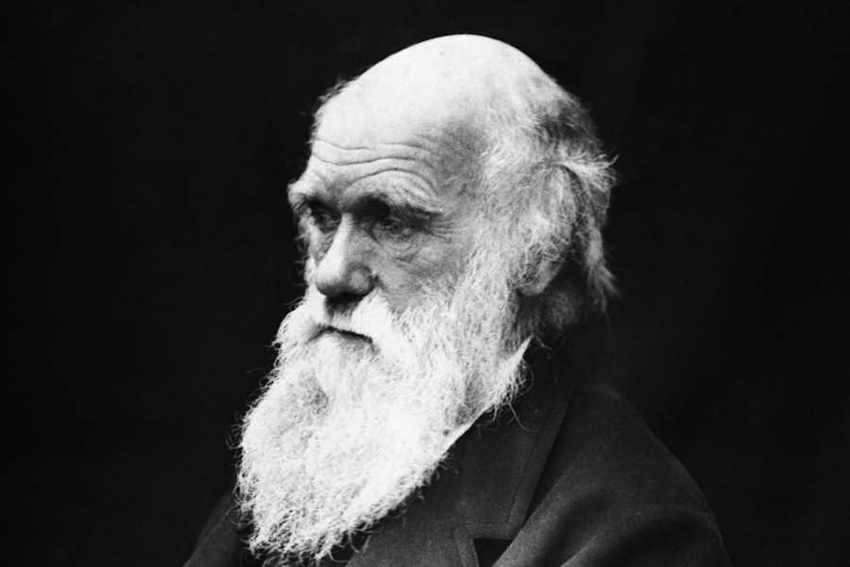 Above: citizen scientist of the 19th century, Charles Darwin.

In the last century or so, there was a shift in the scientific world. Scientists needed to specialise in order to be able to make new discoveries. Citizen science therefore moved to the background for quite some time, only to re-emerge again strongly in recent decades. According to Chandra Clarke (author of Be the Change: Saving the World with Citizen Science, see also her TED talk), there are a number of reasons for this re-emergence, most of which are related to technology:

Data collection by citizens is probably the best known type of citizen science, but there are numerous others, as outlined  below. This wikipedia page gives a long list of ongoing citizen science projects.

Data collection – Projects in which citizens actively or passively collect data. The oldest example of active citizen data collection which is still running is the ‘Audubon Christmas Bird Count’, which has been ongoing for 117 years across North America and counted over 50 million birds last year alone. Or visit this link for more examples. An example of passive citizen data collection is a project in Seoul that used anonymised usage patterns of mobile phones to plan a new late-night bus service for low-paid workers called the “Owl Bus”.

Distributed intelligence – Data analysis: for example using citizens to analyse information contained in images. On Zooniverse you can find a large number of projects ranging from transcribing medieval texts to finding objects in outer space. Solving specific scientific problems: For example, in 2011 over 236,000 participants in the FoldIt project helped decipher the structure of the Mason-Phizer monkey virus in just three weeks – a problem which had stumped professional scientists for the the previous 15 years.

The added value of citizen observatories can be seen from two angles. From the point of view of the end-user of the data (a scientist or a policy maker), the benefits include: a large increase in available data; cost-efficiency; involving citizens in projects and thereby generating interest, awareness and potentially funding for scientific projects.

For citizens, it is a great way to actively participate in improving their (local) environment. The added value for them includes learning about an issue and a sense of fulfilment at (potentially) helping to solve it. Greater awareness can also lead to behavioural changes on the part of citizens.

In the last decade or so, citizen observatories have further increased in number, size and scope, mainly due to the many new technological possibilities emerging.

Smartphones – The wide availability of smartphones is the most basic and important reason for the increased opportunities for citizen observatories. They allow for easy data collection; geo-referenced data; connecting sensors; feeding the information directly to an online portal, etc.

Apps have hugely increased the opportunities for citizen observatories to collect data via mobile phones. This includes data that citizens enter themselves, but also data collected with e.g. the phone’s microphone (for instance: noise pollution) or camera (night sky brightness).

Mobile sensors – Development of (cheap) mobile sensors is another factor. Apart from the phone’s own sensors (camera, microphone), new and relatively cheap sensors are being developed that can be connected to the mobile phone and measure all sorts of data. Akvo Caddisfly for instance can measure water and soil-quality parameters.

Data analysis tools – Improved data analysis tools are also emerging to clean, analyse, combine and visualise data. Akvo Lumen is a good example of a tool that will provide an easy way to clean data, to analyse it and to combine it with other data sources and to render it into meaningful visualisations.

IT portals – These visualisations can then be shared via new improved IT portals in the form of websites and cloud-based services that provide ever increasing possibilities to store and present data.

Improved feedback mechanisms – These technologies also combine to provide improved feedback mechanisms. Mobile phones, apps and websites provide a growing number of opportunities for two-way communications between citizens and the end-users of the data. However, even though the technology makes this possible, it remains one of the major challenges for citizen observatories. 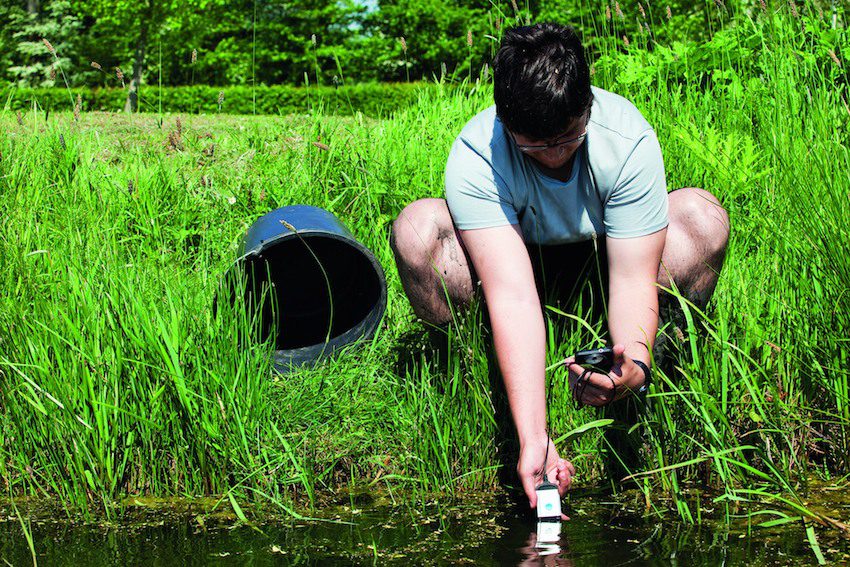 Above: citizen science in the 21st century uses smartphones and sensors. Picture by Tom Baas.

What can Akvo do to help citizen observatories?

Akvo’s portfolio of tools and services is well suited to provide the backbone of a citizen observatory. Flow can be used by citizen scientists to generate high-quality, geo-referenced data. Caddisfly can be used in citizen observatories to enable measurement of water- and soil-quality, with specifically the test-strip measurements being scalable to involve many citizens. At a later stage we will enable other sensors – from external providers – to connect to Caddisfly as well. Lumen provides an easy-to-use tool to clean, analyse and combine the data with other sources and visualise the data online. Our services on Planning, Monitoring, Evaluation and Learning (PMEL) and on data science can be used to ensure a good set up of a citizen observatory and the most effective use of the data gathered.

GroundTruth2.0 takes a broad view on citizen observatories to ensure they can be upscaled and made sustainable. Akvo’s role in the project is to support the development of sustainable business models for citizen observatories and to provide its tools to the GroundTruth2.0 case-studies in Sweden (water quality), Zambia (flora and fauna in a nature reserve) and Belgium (water and air-quality).

Watershed is a strategic partnership under the dialogue and dissent programme of the Dutch ministry of foreign affairs (DGIS), in which four Dutch NGOs work together with civil society organisations (CSOs) in six countries: Uganda, Kenya, Bangladesh, India, Ghana, and Mali. Watershed aims to equip local civil society organisations (CSOs) with the skills, knowledge and resources they need to effectively lobby duty bearers. By working with communities to gather evidence on water quality and water, sanitation and hygiene (WASH) infrastructure, citizens can influence government departments for better access and management of water services.

The future of citizen science and citizen observatories

Citizen science will most likely grow in importance in the coming years. All elements leading to the recent growth in citizen science identified by Chandra Clarke – connectivity, technology; big data; availability of time; big environmental problems and increasing awareness of these problems – will only increase further, leading to a democratisation of environmental data collection. At Akvo, we will support this process with our tools and expertise.

Harro Riedstra is a programme manager for Akvo, based in Amsterdam. Follow him @HPR78