When God left the City of Temples 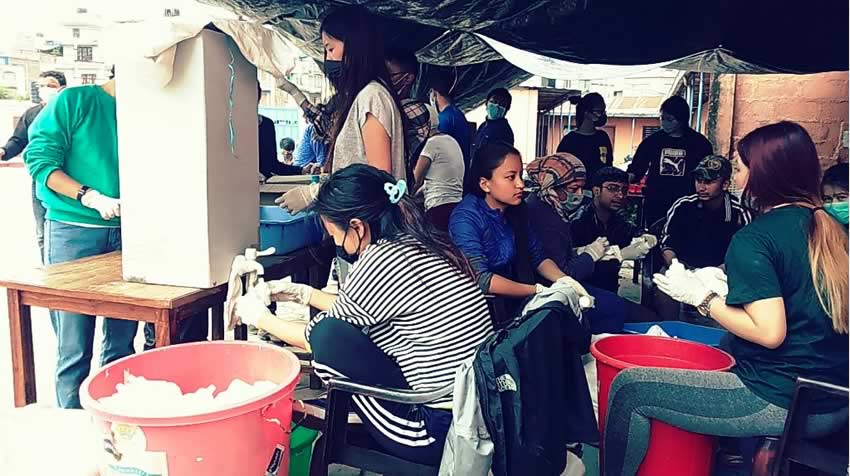 Saturday, 25 April 2015 marked a black day in Nepali history as Kathmandu and 38 other districts experienced a 7.6 Richter scale earthquake at 11:56 am. In the four days that followed, more than 700 shocks were recorded, 600 of them above 4 on the Richter scale.

Eight million lives have been affected with severe loss of life and property across 11 districts. As I write, the data shows 5,489 deaths and 10,965 injuries, and these numbers are expected to double by the time the search and rescue is completed (Source: National Emergency Operation Centre, Ministry of Home Affairs and UN Data, 30 April 2015). Numerous major heritage sites, temples and shrines have been damaged or destroyed completely. For example, Kasthmandap, a temple in Kathmandu Durbar Square that was built from a single tree during the early sixteenth century, is now completely destroyed. The Darahara or Bhimsen Tower, rebuilt in 1934 following its destruction in a mega earthquake that devastated Kathmandu Valley, is only debris now. Durbar Squares in all three cities, Kathmandu, Bhakatapur and Lalitpur, and the Durbar High School, Nepal’s first school, also could not survive this quake and all sustained severe damage.

News of the quake flooded regional and international media and soon the world came to know that the land of the Himalayas was engulfed by nature’s ruthless act. Expressions of grief and sympathy along with support from the international community started to flood in. However, all this has been overshadowed by the tremendous shock that people in Nepal still feel, while coping with countless tremors, to realise that the long-expected threat has turned into a reality. It’s really hard to take it all in.

Top: ruins of the Darahara tower in Kathmandu.
Below: Tundikhel, a large grass-covered area in the centre of Kathmandu where thousands of citizens are making camp.
Photos by Jigmy Lama.

By the evening of the first day, the situation was already chaotic and uncertain following hoaxes and misleading forecasts. People started to move into open spaces leaving their houses behind. The police and army began search and rescue operations throughout Kathmandu Valley. News from neighbouring districts was heartbreaking as some villages were left as just large heaps of rubble. Hospitals and health centres were filled with victims and as night crawled, the number of dead bodies overran the injured.

By dawn the next day, several youth groups, social organisations and informal groups took the initiative to help the earthquake victims and take care of those in trauma who were staying outside their homes. The entire nation was united once again to fight against this pitiless act of nature. In addition to search and rescue, the relief response picked up pace inside Kathmandu Valley and in neighbouring districts mainly Kavre, Sindhupalchowk and Dhading. Basic medical attention was in high demand as well as chlorine (Piyush and Water Guard) for water treatment, oral rehydration salts (Jeevan Jal) and face masks and gloves for the rescue teams. Next, it was tents for shelter for those who had lost their homes or who were afraid to stay indoors.

One by one, all the items needed for response became scarce in the local market due to a lack of coordination among all the response teams. The big international aid and relief agencies were not yet on the ground to support the victims, which escalated the uncoordinated fashion of the response.

Representatives from political parties (those who have formed the government or in opposition) did not show themselves after the quake nor did they do anything to support the victims. And after four or five days, they have just been seen, only in their election constitutional areas. Similarly, the political parties are bickering over issues like who will lead the distribution of relief items and where the relief items will reach first (all are trying to prioritise their own election areas, despite of other places being badly in need.)

The government is flooded with support items and aid money but has no robust and coordinated mechanism to utilise it properly. Similarly it is not able to make firm decisions for the national interest but is being influenced by our good neighbours, whose support is filled with diplomatic interests of their own.

However, there are sectors and agencies in government who are working efficiently at the ground level, the Ministry of Home Affairs (responsible for the army and police) being the pioneer. Similarly, the Water and Sanitation division of the Urban Development Ministry is also proactively supporting the response. The administrative officers of the Prime Minister’s office are coordinating with the aid agencies, supporting them for efficient distribution of relief to the victims in affected areas. The WASH, Emergency and Shelter clusters (emergency-response teams made up of UN agencies, INGOs, government agencies and local NGOs) are now activated and planning for organised responses is taking place.

Now after six days, the coordination is better but still there is a lot to do. The response still isn’t yet fully fledged and organisations are still in the assessment phase. Agitation has started to develop among people in areas where relief items have yet to reach. Some places are getting ignored because everyone is running to the same villages. Even the search and rescue operation within Kathmandu Valley is still not completed, which is also using a large amount of resources. Due to the problems in communication lines, districts like Makwanpur which have been severely damaged are not being reported in the national picture.

With each day passing, the numbers of relief and search and rescue agencies and teams sent by the international community, including the UN, increases. The basic issues to be addressed are safe water, secure disposal of human and other wastes, shelter and medical care for the victims. Water tanks are being installed, temporary latrines are being dug, water purification systems are being introduced, shelter and food are being distributed by all who are responding on the ground. 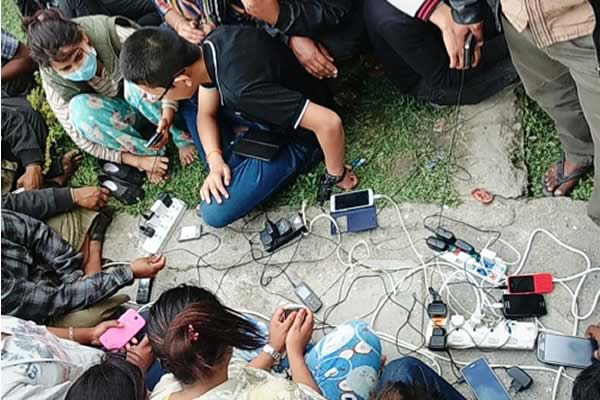 Local people are fundraising and linking up with different groups and organisations. Support is coming to Kathmandu from all over the nation, such as free shuttle bus services for those who want to leave Kathmandu and return to their hometowns. But sadly, with each passing day, the death toll is also increasing. Rain has been another hurdle in the response and there is news of landslides in the villages on the outskirts of the Valley. Risks of outbreaks of diarrheal diseases remain high in the relief camps. It is hard to deliver relief items to many places as roads are blocked and communication lines and electricity supplies are down in many parts. Nonetheless, everyone is putting in a great effort to deliver relief items to victims wherever they are, in spite of all the obstacles.

Everyone, be it a nation or an individual, who has extended their support to Nepal in this hard time will always be remembered. Some government agencies are actively working on the ground and government officials have also extended their full support to relief agencies.

Now all have to act together in a coordinated way. Social media is playing a very important role in this time of crisis to update people about events as they happen. Even government offices are using it as a significant mode of letting people know facts from ground. Now is not the time to seek visibility and acclaim for organisations and individuals. All we need is to act with coordination, selflessly to support those in trauma and let everyone realise that good things will happen soon and we will stand again.

Yesterday I was SCARED. Today I am STRONG to HELP.

Lessons for relief agencies and volunteers:

Jigmy Lama is project officer at Akvo, based in Kathmandu. You can follow him on Twitter @jigmylama